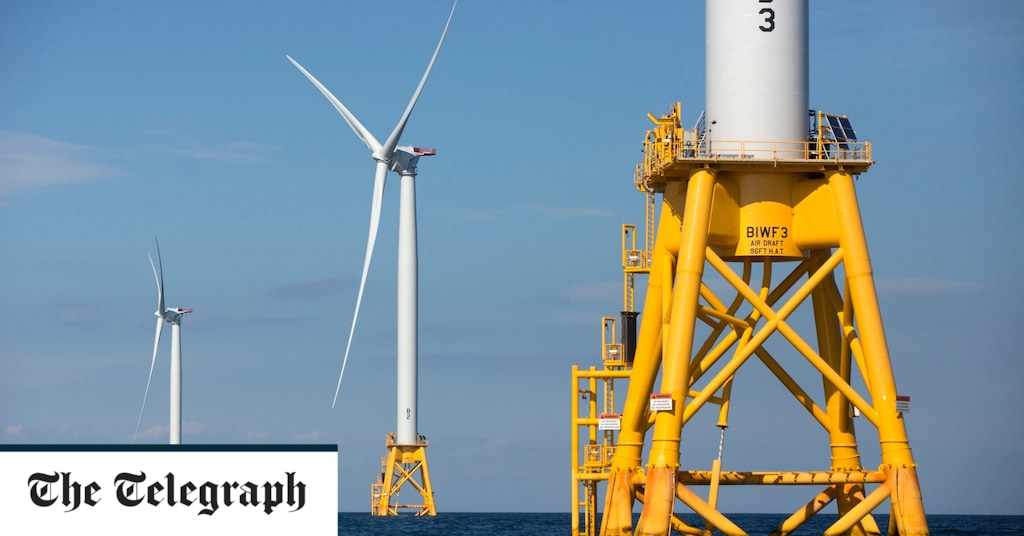 Seven major offshore wind farms will be built on the coasts of the United States and in the Gulf of Mexico under plans announced on Wednesday by the Biden administration. The projects are part of President Joe Biden's plan to deploy 30 gigawatts of offshore wind energy by 2030, generating enough electricity to power more than 10 million homes. Interior Secretary Deb Haaland said her department hopes to hold lease sales by 2025 off the coasts of Maine, New York and the mid-Atlantic, as well as the Carolinas, California, Oregon and the Gulf of Mexico. The projects are part of Biden's plan to address global warming and could avoid about 78 million metric tons of planet-warming carbon dioxide emissions, while creating up to 77,000 jobs, officials said. "The Interior Department is laying out an ambitious road map as we advance the administration's plans to confront climate change, create good-paying jobs and accelerate the nation's transition to a cleaner energy future," Ms Haaland said. "We have big goals to achieve a clean energy economy and Interior is meeting the moment." In addition to offshore wind, the Interior Department is working with other federal agencies to increase renewable energy production on public