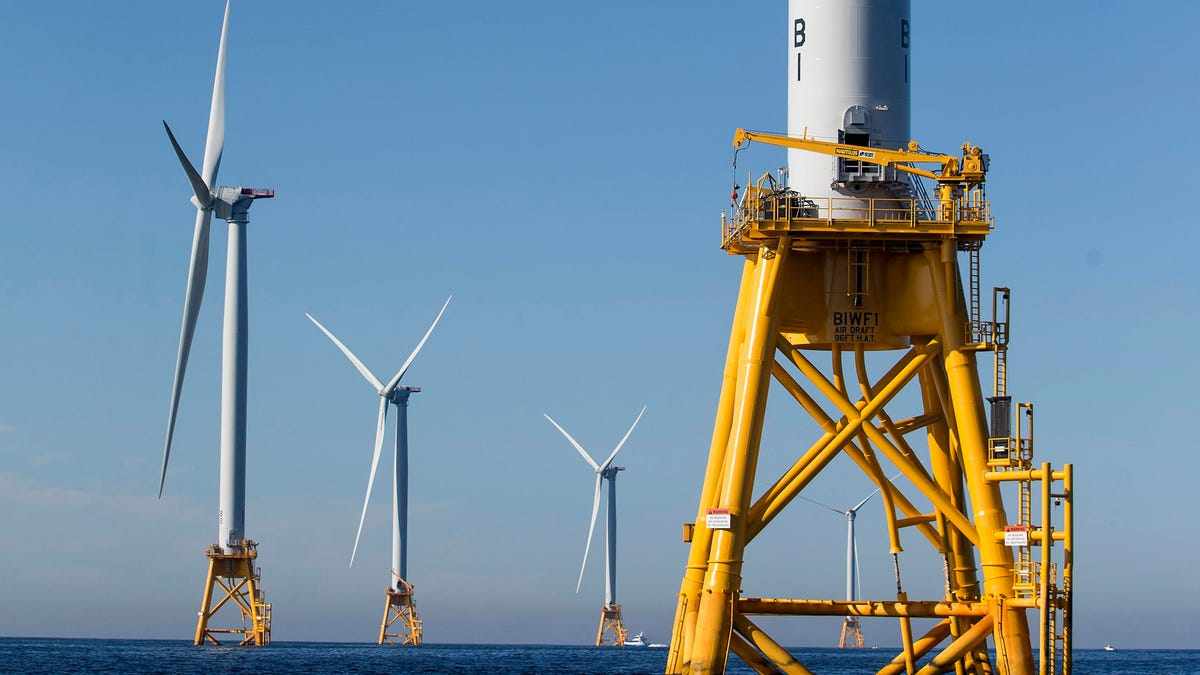 Share to Linkedin The federal government plans to lease offshore sites over the next four years to develop massive wind farms in seven areas along the East and West coasts and the Gulf of Mexico, the Department of the Interior said Wednesday, as the White House pushes to boost clean energy production. A wind farm stands 3 miles off of Block Island, Rhode Island on September 22, 2016. The Department of the Interior is aiming to hold lease sales for wind energy by 2025 for sites in the Gulf of Mexico, Gulf of Maine, New York Bight, Central Atlantic and areas off the coast of the Carolinas, Northern California and Oregon. In June, the Biden administration announced plans to lease space for wind farms in the New York Bight, an area between Long Island and New Jersey that the federal government hopes will eventually produce more than 7, 000 megawatts of energy. It's part of the Biden administration's months-old plan to generate 30, 000 megawatts of electricity from offshore wind turbines by 2030, enough to power over 10 million households and cut carbon dioxide emissions by 78 million metric tons. 42 megawatts. That's how much energy the United States currently…