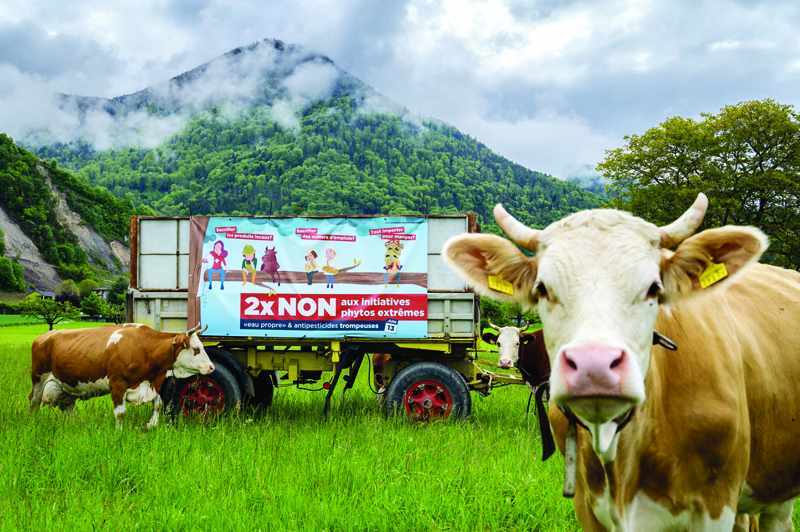 ZURICH: The idyllic image of peaceful Swiss Alpine pastures is being shattered by upcoming votes on pesticides which have sharply divided opinion in rural Switzerland. The Swiss will vote on June 13 on a proposal which, if it passes, would make Switzerland the first country in the world to ban synthetic pesticides.

Proponents seek to ban pesticides with non-naturally occurring chemicals-and not only for agriculture but also for public green spaces, private gardens, and even for killing the weeds on railway tracks. The initiative, entitled “For a Switzerland free from synthetic pesticides”, would also ban the import of foodstuffs produced with synthetic pesticides, so as not to put Swiss farmers at a disadvantage.

A campaign marked by heated debates boiled over in the western Vaud region when arsonists torched a trailer in a field displaying banners calling for a “No” vote, infuriating farmers.

Meanwhile farmers in the “Yes” campaign say they have been the victims of insults, threats and intimidation.

Own a home in Portugal with UrHome Portugal

Does yoga really help heal your body and mind?