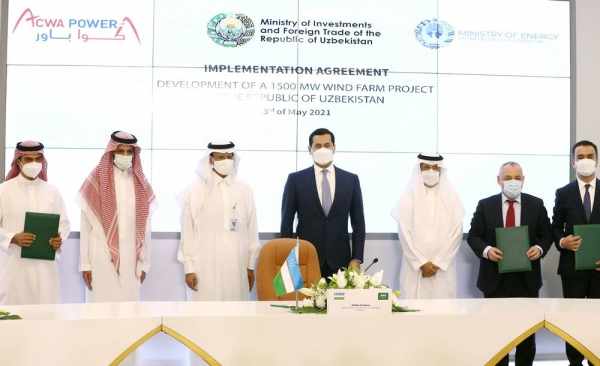 RIYADH — ACWA Power, a leading Saudi developer, investor and operator of power generation and desalinated water plants in 13 countries, signed an implementation agreement with the Ministry of Investments & Foreign Trade and the Ministry of Energy of Uzbekistan for the development, construction and operation of a 1500 MW wind power project in Karakalpakstan, Uzbekistan.

Once operational, the project will become the largest wind farm in the Central Asian region, and one of the largest in the world.