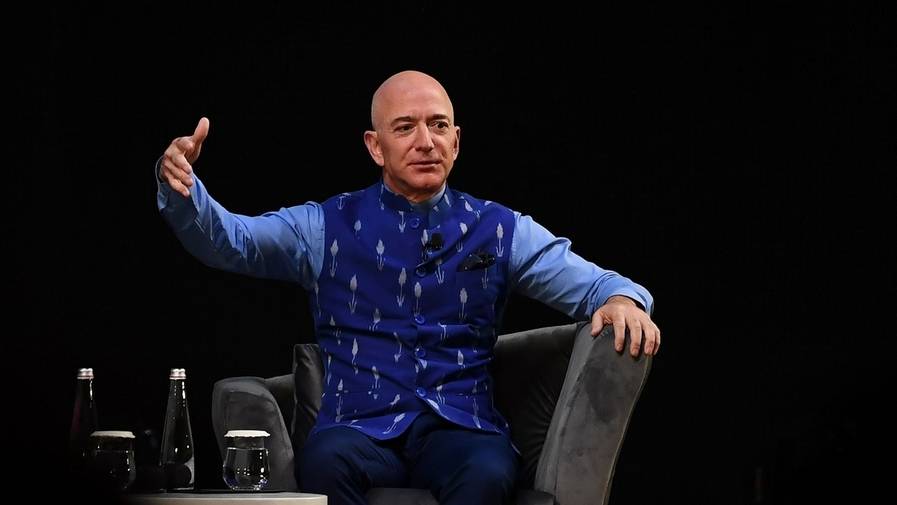 After snub, Bezos says will create 1 million new jobs in India. CEO of Amazon Jeff Bezos gestures as he addresses the Amazon's annual Smbhav event in New Delhi.- AFP. This will be done through continued investments in technology, infrastructure, and its logistics network.. A day after Commerce and Industry Minister Piyush Goyal snubbed him during a public event, Amazon Founder and CEO Jeff Bezos on Friday announced that the ecommerce giant will create 10 lakh new jobs in India by 2025 through continued investments in technology, infrastructure, and its logistics network.. The new expected jobs is on top of the 700,000 jobs Amazon has already created in the country since 2013 -- totalling 1.7 million Amazon direct and indirect jobs by 2025, the company said in a statement.. "We are investing to create a million new jobs in India over the next five years," said Bezos.. "We've seen huge contributions from our employees, extraordinary creativity from the small businesses we've partnered with, and great enthusiasm from the customers who shop with us, and we are excited about what lies ahead," he added in a statement.. On Thursday, Goyal not only ticked off Bezos saying that they are not doing…