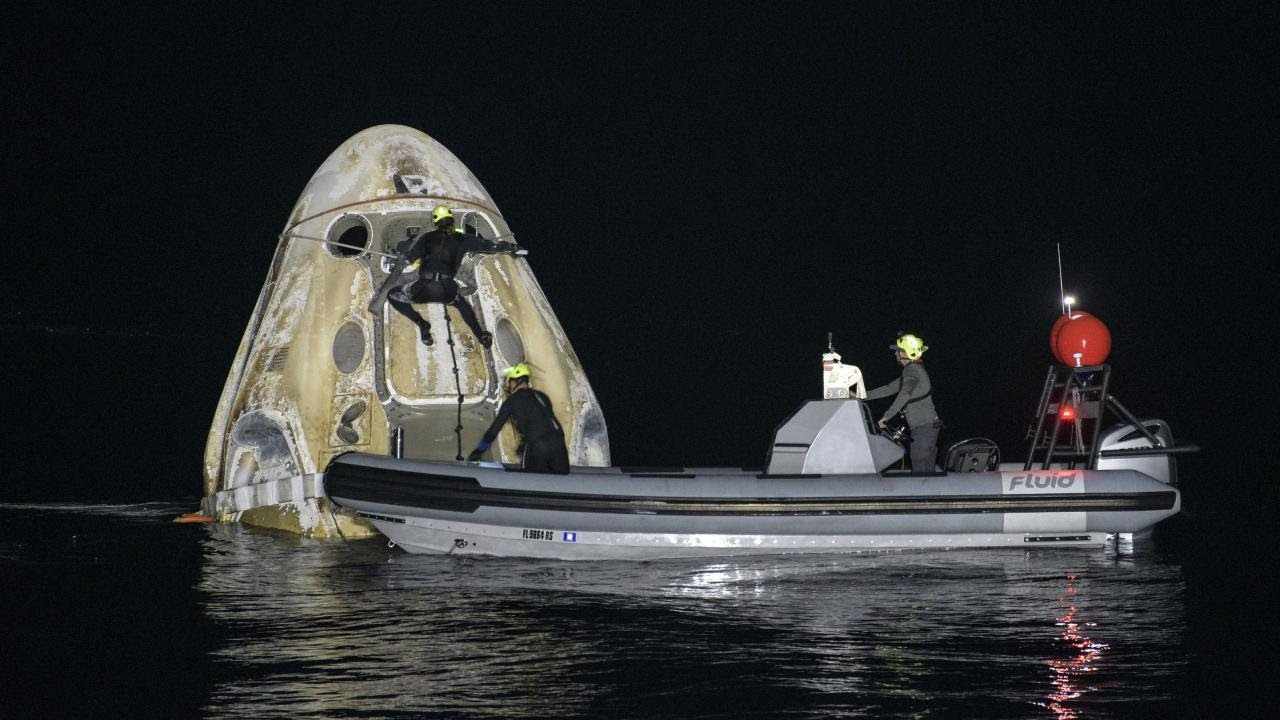 SpaceX safely returned four astronauts from the International Space Station on Sunday, making the first US crew splashdown in darkness since the Apollo 8 moonshot.

The Dragon capsule parachuted into the Gulf of Mexico off the coast of Panama City, Florida, just before 3am local time,, ending the second astronaut flight for Elon Musk’s company. It was an express trip home, lasting just 6 1/2 hours.

The astronauts, three American and one Japanese, flew back in the same capsule – named Dragon Resilience – in which they launched from Nasa’s Kennedy Space Center in November.

Their 167-day mission is the longest for astronauts launching from the US. The previous record of 84 days was set by Nasa’s final Skylab station crew in 1974.

Saturday night’s undocking left seven people at the space station, four of whom arrived a week ago via SpaceX.

As NASA celebrates its diversity, astronaut and SpaceX crew member Victor Glover discussed how it felt to be the first Black astronaut to embark on a long-term ISS trip