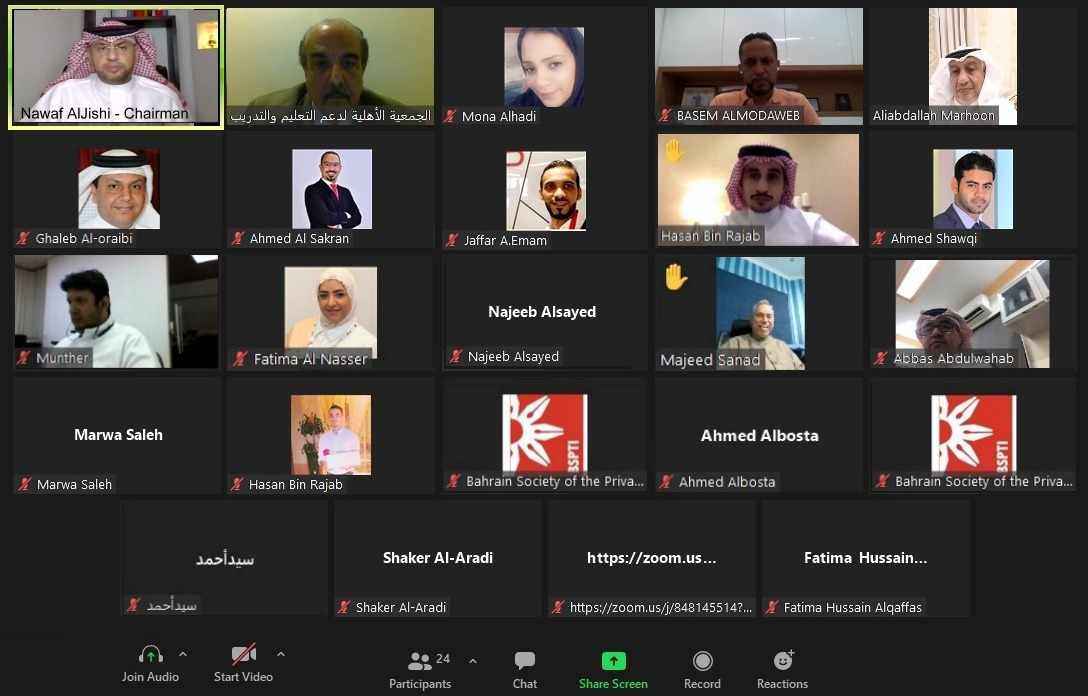 Several owners of training institutes have called for more collaboration with government agencies involved in the training and employment sectors in order to improve the role of these institutions in qualifying Bahrainis, increasing their competitiveness and productivity in the labor market, and encouraging business owners to employ national cadres. Several training institute owners presented their views on developing the training sector in the Kingdom of Bahrain as a whole, and providing the necessary support for it as it is the executive arm of the esteemed government in integrating national cadres into the labor market, at a meeting organized by the Bahrain Society of the Private Training Institutes (BSPTI) under the slogan “Training, entry point to employment”. BSPTI was eager to broaden the conversation by bringing several businessmen to the meeting, and to learn how training institutes and private sector organizations might collaborate to deliver “training that leads to employment.” The challenges of employing Bahrainis have lately appeared on the scene, according to Mr. Ali Marhoon, Chairman of the Contractors Society, as a result of the major challenges encountered by institutions as a result of the Corona epidemic. However, he said that current economic indications suggest that the economy will resume