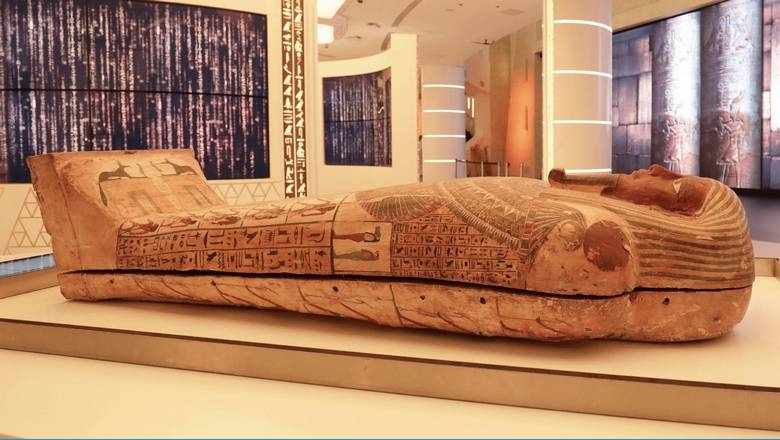 Expo 2020 has 190 country pavilions and a mindboggling number of events and exhibits lined up throughout the six months. But the world fair has brought some of the rarest of rare objects to Dubai. Here are a few you should not miss. Expo 2020 may be all about the future and innovation. But if you fancy going back to explore your origin, the Ethiopian pavilion is the place to be. A 3.2-million-year-old fossil — considered the oldest trace of humanity — is on display at the pavilion. Nicknamed ‘Lucy’ by anthropologist Donald Johanson and his student Tom Gray, the fossil was discovered in 1974 among a maze of ravines at Hadar in northern Ethiopia. The skeleton, when reconstructed, composed about 40 per cent of a petite female with an ape-sized brain who stood just over one metre tall. Johanson named Lucy’s species Australopithecus afarensis, which means ‘southern ape of Afar’. If you love outer space, then a visit to the US pavilion is a must. You can get up close with a Moon rock that is 3.8 billion years old. The piece was brought to the Earth by the crew of Apollo 17 astronauts in 1972, on their last