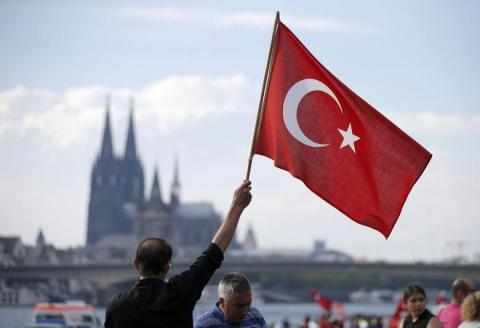 Turkey wants to improve its economic relations with Egypt as it pushes to repair diplomatic ties between the regional powers, Trade Minister Mehmet Mus said on Monday, ahead of a visit by a Turkish delegation to Cairo this week.

“Parallel to the developing diplomatic relations with Egypt, we want to strengthen our trade and economic ties in the coming period,” Mus told an event to announce monthly trade figures in Ankara, Reuters reported.

Despite the political frictions, Ankara says Cairo remains its biggest African trade partner, with the value of trade standing at $4.86 billion last year, only marginally down from 2012, the year before Turkey’s ally Mohamed Mursi was toppled.

Mus’s comments come as Ankara prepares to send a delegation led by deputy foreign minister Sedat Onal to Cairo this week to discuss normalizing relations between the two countries which backed opposing sides in the Libyan conflict.