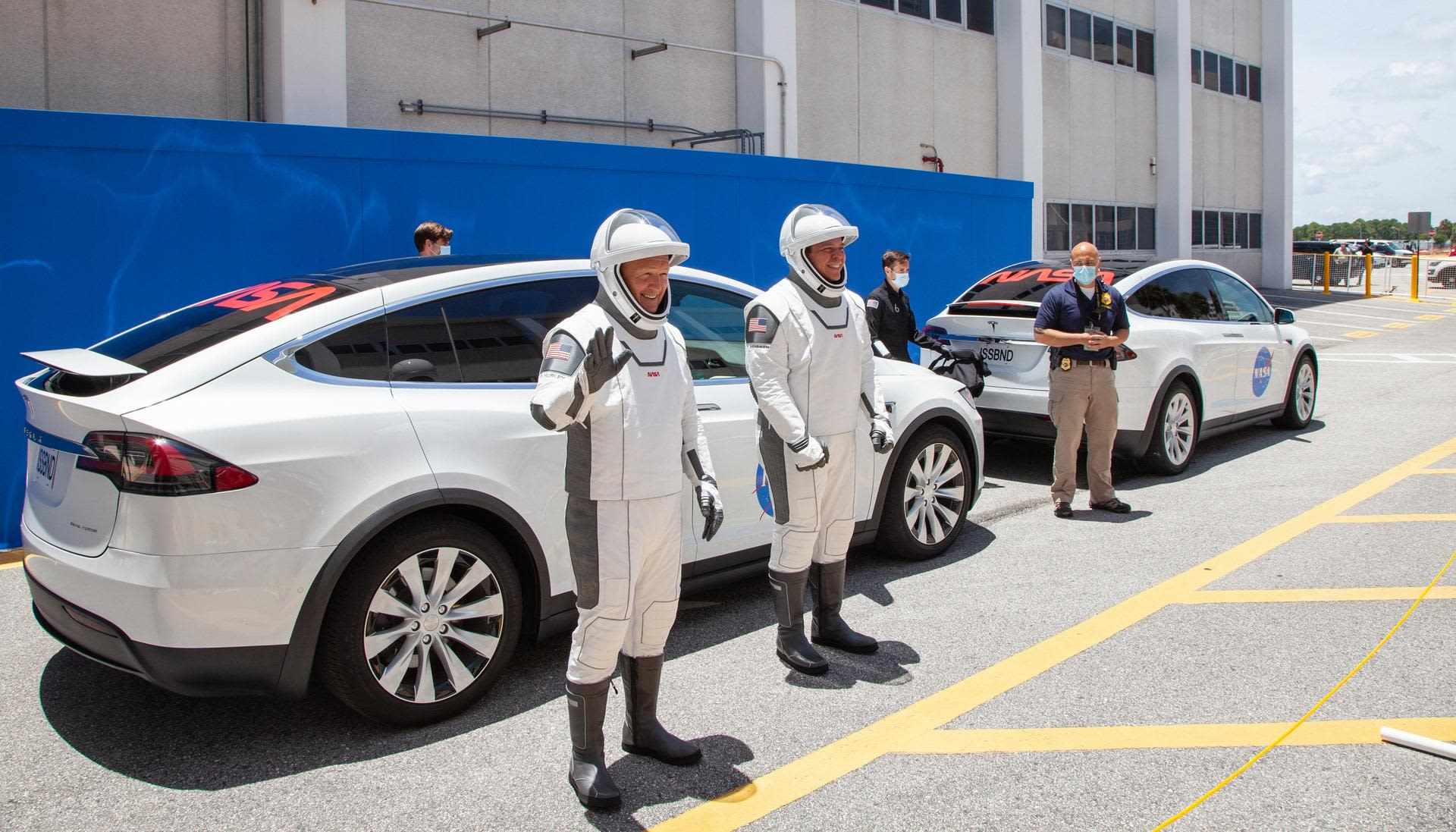 NASA astronauts Doug Hurley (left) and Bob Behnken stand in front of the Tesla Model X that will carry them to the launchpad for the SpaceX Demo-2 launch.

Tesla revealed in a recent filing some of the ways that the company works with CEO Elon Musk’s other businesses including SpaceX and The Boring Company.

Collaboration between Musk’s companies is not new.

For example, SpaceX shares two board members with Tesla. Elon Musk sits on the board of both, as does his brother Kimbal Musk and Antonio Gracias.

SpaceX has also made it a tradition to drive astronauts to the launchpad in the company’s version of an “astrovan,” a NASA logo-emblazoned Tesla Model X, for crewed launches...read more...

The convergence between Tesla, SpaceX, renewable energy and Bitcoin mining By Cointelegraph – Investing.com