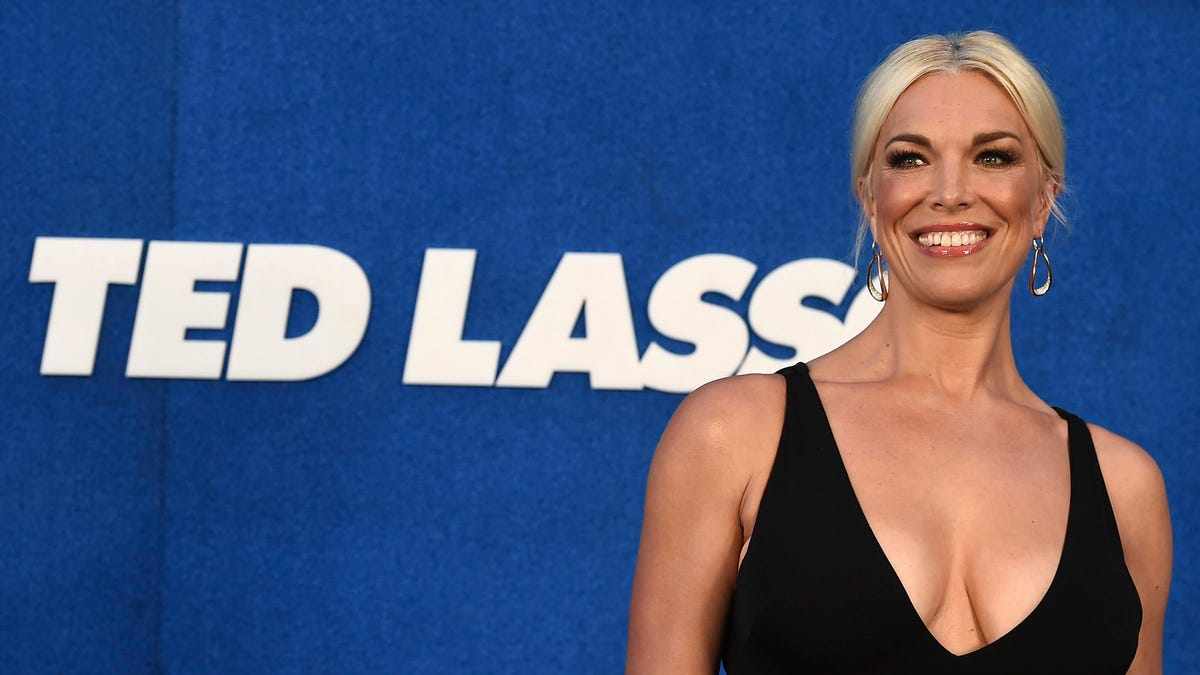 Hannah Waddingham arrives at the premiere of the second season of ‘Ted Lasso’ on Thursday, July 15, … [+] 2021, at the Pacific Design Center in West Hollywood, California.

With 20 Emmy nominations, the cast of Ted Lasso kicks off the second season of the Apple TV+ in solid form.

The comedy’s first season became an international pop culture phenomenon almost overnight when the first season landed on the streamer in August 2020. For anyone who doesn’t know, Jason Sudeikis, who also co-created the show, plays the titular Ted Lasso, an American football coach who heads to the UK to manage a struggling soccer team.

Hannah Waddingham, Emmy nominated for Supporting Actress in a Comedy Series, plays the club’s owner, Rebecca Welton. I caught up with her to talk about the Lasso factor, how she never expected to get the role and the appeal of a Ted Lasso movie.