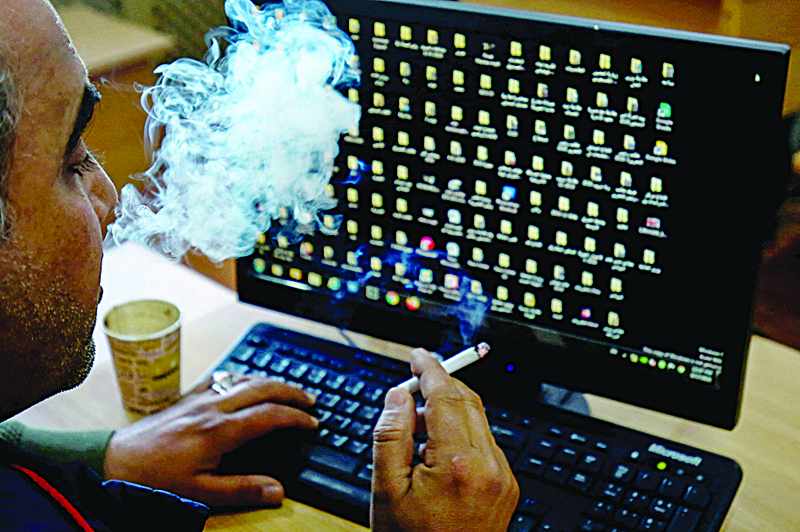 AMMAN: Already saddled with one of the world’s highest rates of smoking, Jordan has seen the numbers lighting up soar since coronavirus restrictions began last year, sparking fears of a double epidemic. Mounir Shana, who sells hookah waterpipes in the capital Amman, was rarely seen without a cigarette dangling from his lips even before the crisis.

But draconian restrictions imposed by the government have increased his intake. “I’ve been smoking more and more for the past year because of the psychological pressure of lockdowns,” said 24-year-old Shana, lighting a fresh cigarette from the butt of his previous smoke as he talked.

“From one to two packs a day before the epidemic, I went to four to five today.”

A survey by the University of Jordan’s Center for Strategic Studies in April 2020 found 52 percent said they were smoking more since pandemic restrictions began. Shana spends some 300 dinars ($425) each month just to fuel his smoking addiction. “I know the...read more...

Ministry of Health: large quantities of Pfizer vaccine will be delivered to Jordan tomorrow