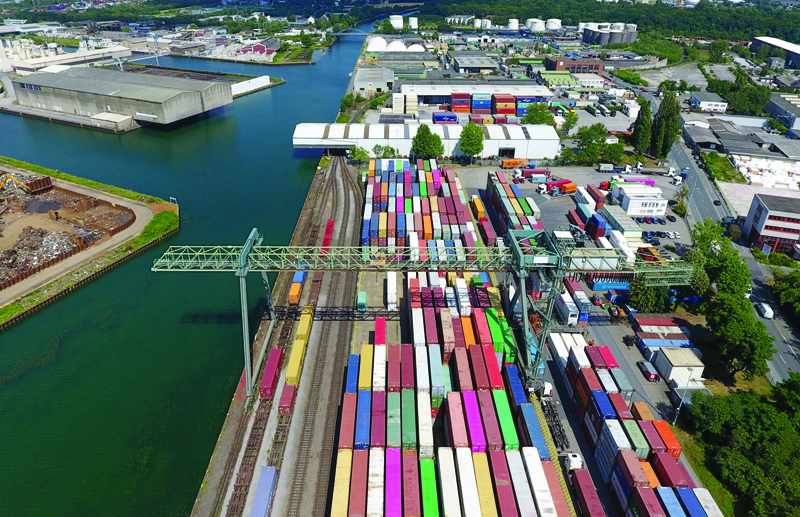 FRANKFURT: Global shortages in industrial components and raw materials have cramped Germany’s export driven economy, prompting the country’s leading economic institutes to slash their forecast for growth this year yesterday. In their biannual forecast, the research groups revised down the estimate for 2021 to 2.4 percent, from their earlier prediction of 3.7 percent made in April. “The corona(virus) pandemic still shapes the economic situation in Germany,” the institutes (DIW, Ifo, IfW, IWH and RWI) said in a joint statement, preventing a return to normal economic activity.

After rapid growth in spring, the German economy had been held back by supply bottlenecks “hampering manufacturing” and meant that “only the consumer-related service industries are growing”, the institutes said. Together the institutes expect pandemic effects and shortages to be “gradually overcome” in 2022, raising their forecast for growth in the year to 4.8 percent from 3.9 percent. Earlier this week, the International Monetary Fund downgraded its own global economic forecasts, including Germany’s outlook, pointing the finger at supply chain disruptions.

Orders from customers have also begun to drop among the companies Wiechers represents due to an inability to lay their hands on materials. “They are not getting the plastic supplies, so why should they buy a plastic processing machine?” he said. The deterioration of the economic situation has seen a series of Germany’s closely watched indicators turn red. Last week, the federal statistics agency Destatis reported that industrial production went into reverse in August, falling by four percent month-on-month, while incoming orders slumped 7.7 percent after a record July.