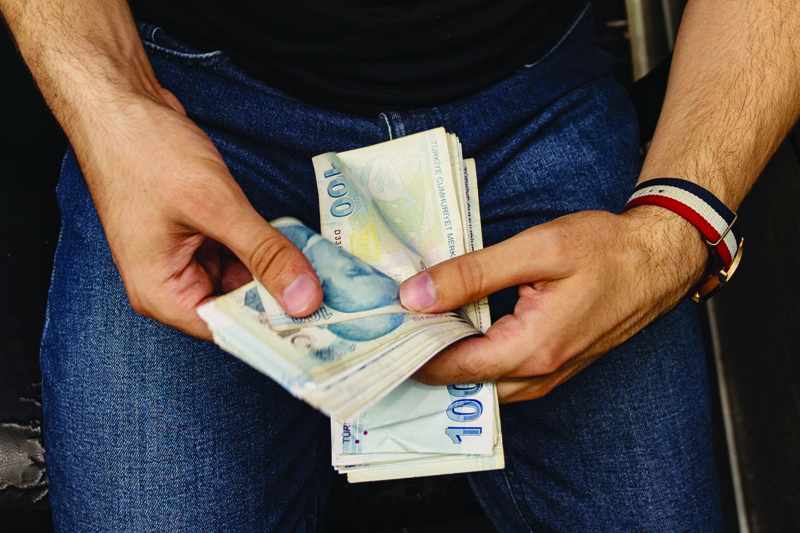 ISTANBUL: The Turkish lira sank to a record low against the US dollar yesterday after President Recep Tayyip Erdogan fired three central bank members in an overnight decree. The embattled Turkish currency has lost nearly a fifth of its value so far this year as market concerns over the policy-setting bank’s independence hit fever pitch.

Erdogan removed two deputy governors and a member of the monetary policy committee, according to a decision published in the official gazette. One of the dismissed bankers was reportedly the only one to vote against a surprise interest rate cut that sent the lira on a new downward spiral last month.

“The direction of travel is worrying and there can’t be many (if any) investors left that believe the central bank of Turkey is still taking the fight against inflation seriously,” analyst Jason Tuvey of Capital Economics told AFP. The Turkish lira fell overnight by around one percent to 9.19 to the dollar, a record low, before rallying to 9.13 in the afternoon.