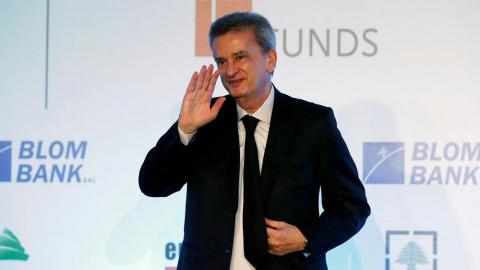 Lebanon’s public prosecutor has launched an investigation into central bank governor Riad Salameh, a judicial source said, after a Swiss legal request alleged that more than $300 million had been embezzled from the bank through a company owned by his brother.

The senior judicial source told Reuters the offices of Salameh’s younger brother Raja had been sealed off, with computers and files confiscated in the course of the investigation. The public prosecutor had no comment.

Riad Salameh, who denies any wrongdoing, had no comment when asked by Reuters about the opening of the investigation, the sealing of his brother’s office and the confiscation of the files.

The central bank also declined to comment, or to provide contact details for Raja Salameh, and Reuters was not immediately able to ask him for comment.

The Swiss attorney general’s office said in January that it had requested legal assistance from Lebanon in investigating “aggravated money laundering” and possible embezzlement relating to the Lebanese central bank, the...read more...

Cryptocurrency investors should be prepared to lose all their money, Bank of England governor says

Only buy cryptocurrencies if you’re ready to lose all your money, Bank of England governor says