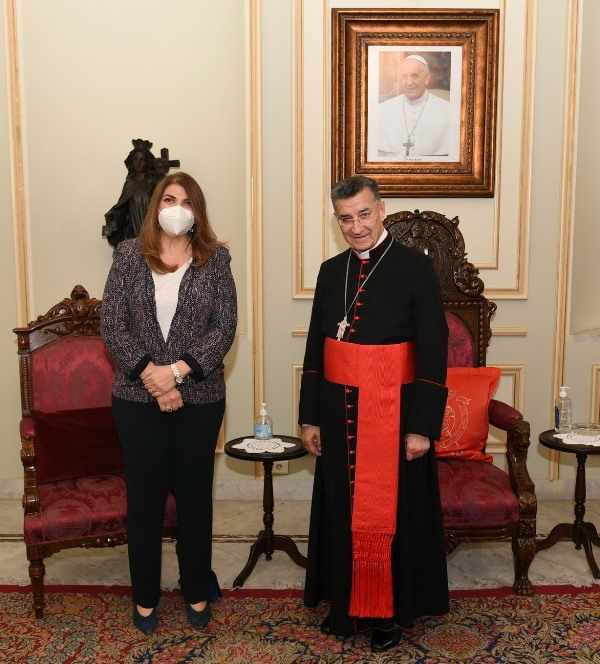 Najm also briefed Rahi on the progress made in the decree to appoint members of the Supreme Judicial Council.

In the wake of the meeting, Najm delivered a statement in which she said: “I discussed with His Beatitude the country’s accumulated crises, and the judicial aspect of matters — which falls within my powers. The biggest concern today is to form a government on foundations that benefit the Lebanese people.

We want this to happen sooner rather than later, because the situation is no longer tolerable. As a resigned government, we shoulder many responsibilities, but we must be able to exercise our powers in a firmer way. Today, we lack a government capable

Najm: President of the Republic must realize that it is not possible to form a government that does not satisfy the international community