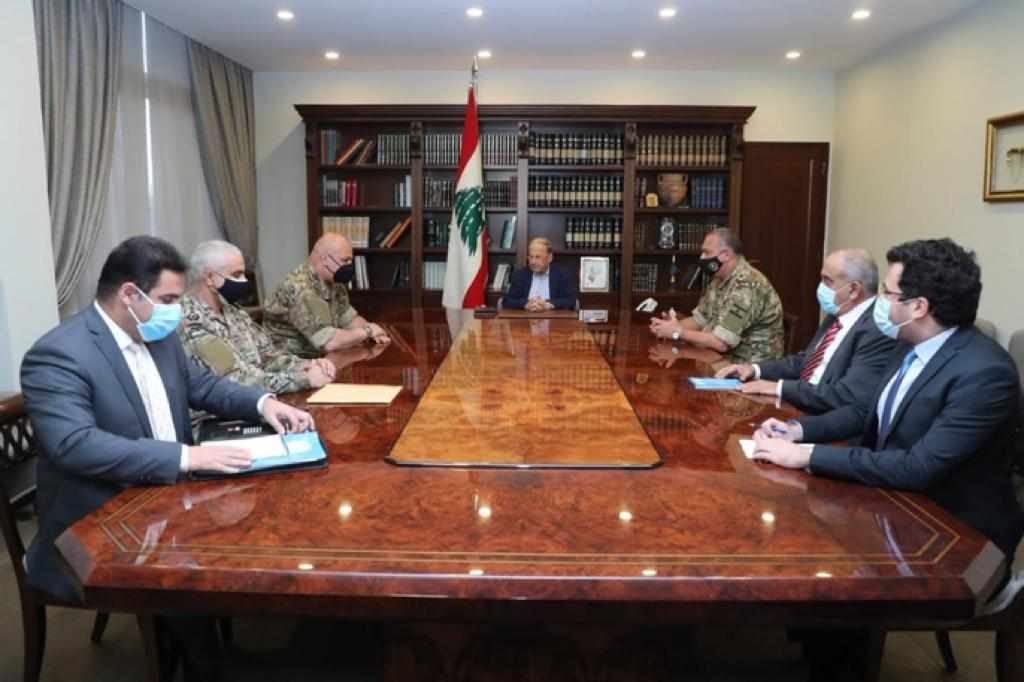 NNA – President of the Republic, General Michel Aoun, chaired a meeting for members of the Lebanese team to the indirect negotiations to demarcate the southern maritime borders, attended by Army Commander, General Joseph Aoun, today at Baabda Palace.

Developments since the meetings were suspended last December, and developments regarding the contacts made to resume these meetings, were addressed.

President Aoun gave his directives to the members of the negotiating delegation, and stressed the importance of correcting maritime borders in accordance with international laws and regulations, in addition to the Lebanese right to invest natural resources in