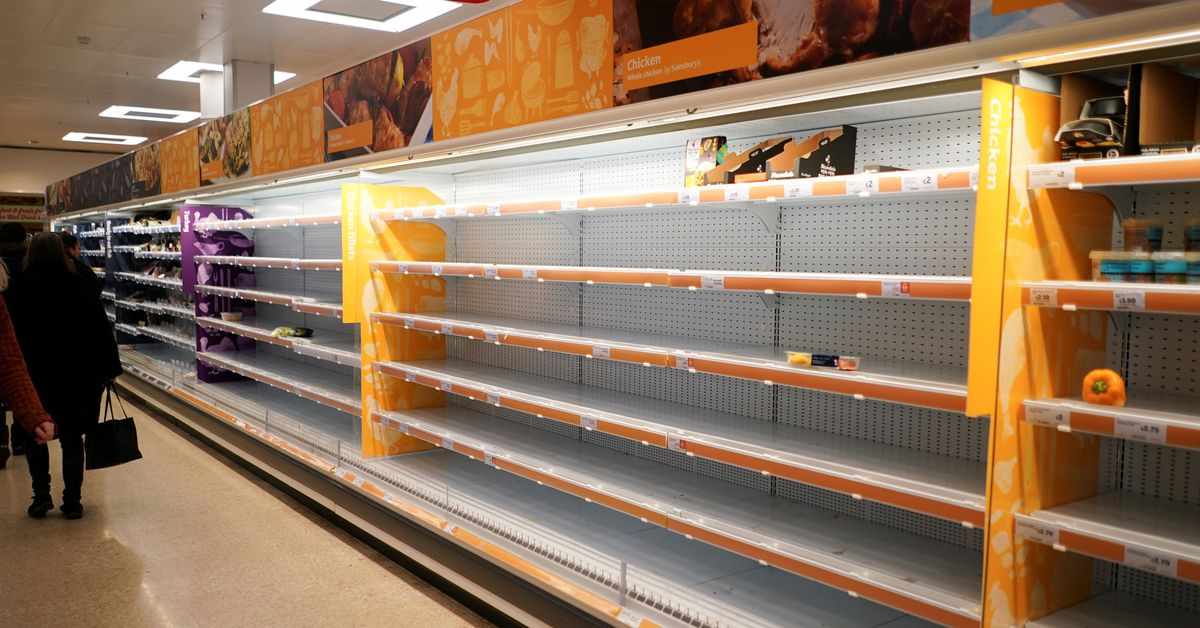 LONDON, Oct 14 (Reuters) – Britain’s 20-year binge on cheap food is coming to an end and food price inflation could hit double digits due to a tidal wave of soaring costs that are crashing through the supply chain, Britain’s biggest chicken producer said.

As it emerges from the twin crises of Brexit and COVID, the world’s fifth largest economy is facing an acute shortage of truckers, butchers and warehouse workers that has exacerbated global supply chain strains.