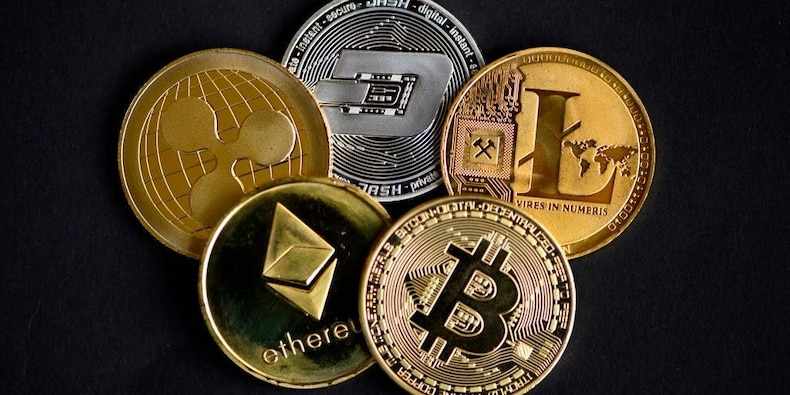 Correctly valuing cryptocurrencies is complex, given their lack of tangible fundamentals. While digital assets don't have established practices to determine valuation or pricing, they do share attributes with traditional assets and can be tied to similar fundamentals, according to a Goldman Sachs research team. Economist Zach Pandl and strategist Isabella Rosenberg explored comparing crypto valuations to the equity value of social media firms based on metrics like monthly active users. Crypto prices may be "related to the value of their underlying distributed networks, in the same way that equity valuations of social media companies like are related to the value of their proprietary networks," they wrote in a note published Monday. The team used Metcalfe's law, which states that the value of a network is proportional to the square of the number of users, to explain the relationship. To valuate the number of users of a cryptocurrency, they used blockchain addresses that could be a gauge for network size. These addresses are public identifiers for people who make cryptocurrency transactions. "Addresses are therefore related to the number of users on the network, but the two concepts are not identical," the analysts wrote, suggesting that addresses are likely to overstate the