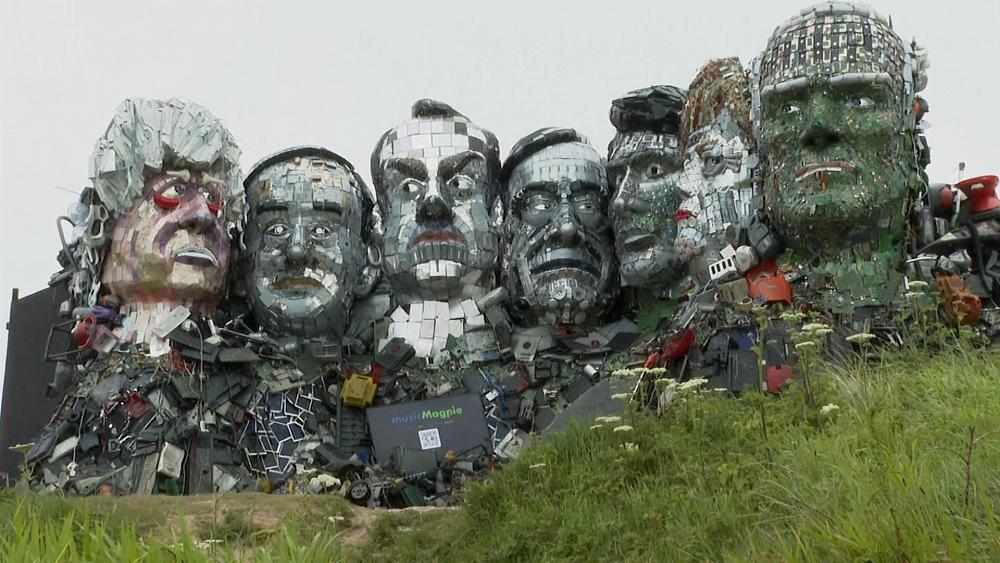 Leaders of the G7 countries visiting Cornwall for this week’s summit have been immortalised in a sculpture of recycled electronic waste.

Dubbed ‘Mount Recyclemore’, the piece is based on Mount Rushmore in the US, but instead depicts the seven politicians including UK Prime Minister Boris Johnson, US President Joe Biden and German Chancellor Angela Merkel.

The sculpture, made from old mobile phones, computers and even vacuum cleaners, aims to highlight the huge environmental threat of electronic waste as leaders prepare to discuss how to tackle climate change and build a greener future.

One of the main artists, Joe Rush, who was commissioned to make the work said he hoped it would shine a light on the need to deal with harmful ‘e-waste’.