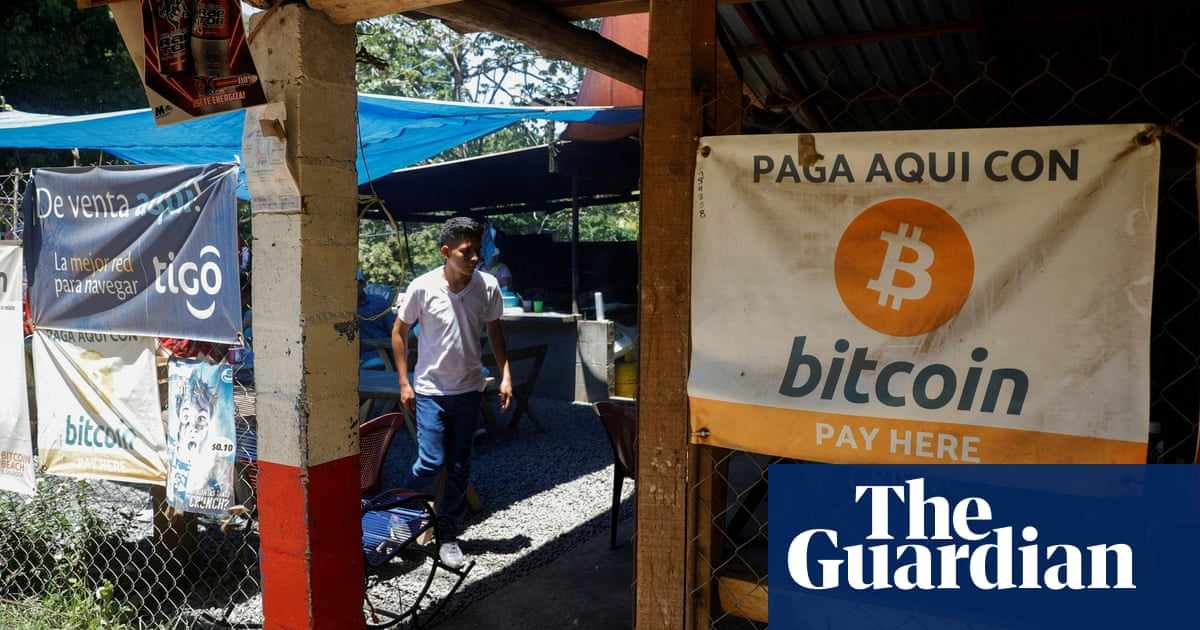 El Salvador has become the first country in the world to adopt bitcoin as legal tender after its congress approved President Nayib Bukele’s proposal to embrace the cryptocurrency in an effort to promote “financial inclusion”, investment and economic development.

Bukele, a media-savvy former mayor of the capital, San Salvador, who was elected president in a landslide victory two years ago, is known for his love of technology and his fondness for attention-grabbing stunts.

Despite concerns the move could complicate talks with the IMF – in which El Salvador is seeking a financing programme worth more than $1bn – the two-page proposal was passed by congress late on Tuesday night with 62 of the assembly’s 84 votes. The congress is controlled by the president’s party and his allies.

The cryptocurrency’s use as legal tender – alongside the US dollar – will go into law in 90 days and the bitcoin/dollar exchange rate will be set by the market. Salvadorans will be able to...read more...