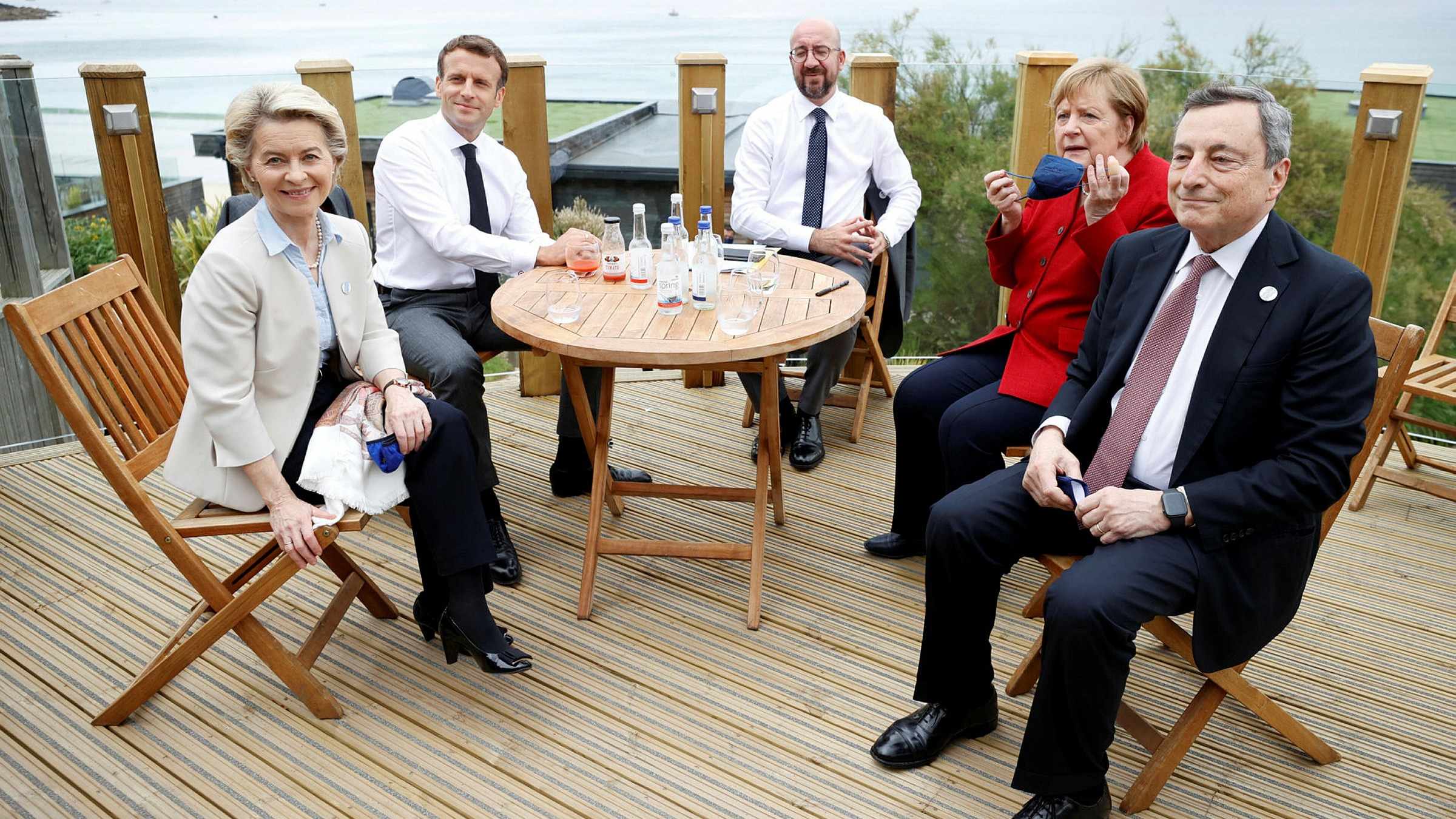 Boris Johnson will face renewed pressure from European leaders at the G7 summit in Cornwall to resolve post-Brexit tensions in Northern Ireland, after the British prime minister refused to accept a plan to cut border checks in the region by aligning with EU food rules.

Joe Biden’s administration has sought to reassure Johnson that agreeing to mirror Brussels rules on food and animal checks would not hinder prospects for a future UK-US trade deal. But Downing Street insists the idea is a non-starter.

The US president and Johnson discussed Northern Ireland trade rules in their first face-to-face meeting on Thursday ahead of the three-day G7 summit that is starting on Friday.

The UK leader told the BBC that Biden had not expressed alarm over his stance on the issue at Thursday’s meeting.

But Johnson’s meetings with European leaders at the summit may not be as diplomatic. He will meet European Council president Charles Michel and European Commission president Ursula von der Leyen in the...read more...

Peter Thiel Has Accumulated $5 Billion In A Tax Free Roth IRA Designed To Help The Middle Class Save For Retirement, According To New...

Microsoft closes above $2 trillion market cap for the first time

The need of the hour is economic progress