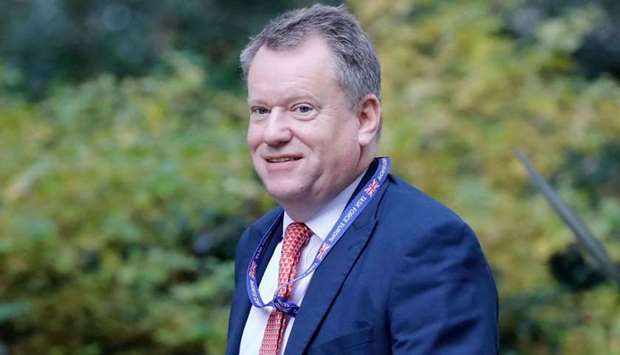 AFP/ Brussels The EU yesterday offered to reduce customs checks and paperwork on British products intended for its province of Northern Ireland in the hope of averting a new Brexit clash with Britain. The offer was part of a set of wide-ranging proposals designed to solve problems in post-Brexit trading arrangements in Northern Ireland that London says are reigniting inter-community tensions. A team of EU negotiators yesterday delivered the plans to London, a day after the UK’s Brexit Minister David Frost said the current policy on Northern Ireland — known as the Protocol — should be ripped up. “I have listened to and engaged with Northern Irish stakeholders. Today’s proposals are our genuine response to their concerns,” said European Commission vice president Maros Sefcovic. “We are looking forward to engaging earnestly and intensively with the UK government, in the interest of all communities in Northern Ireland,” he said. Although the EU says it refuses to renegotiate the protocol, a statement said the plans were “a different model” for its implementation and would facilitate trade problems “to a significant extent”. Designing the protocol was the source of the most friction in Britain’s drawn-out divorce from the European Union after it voted…