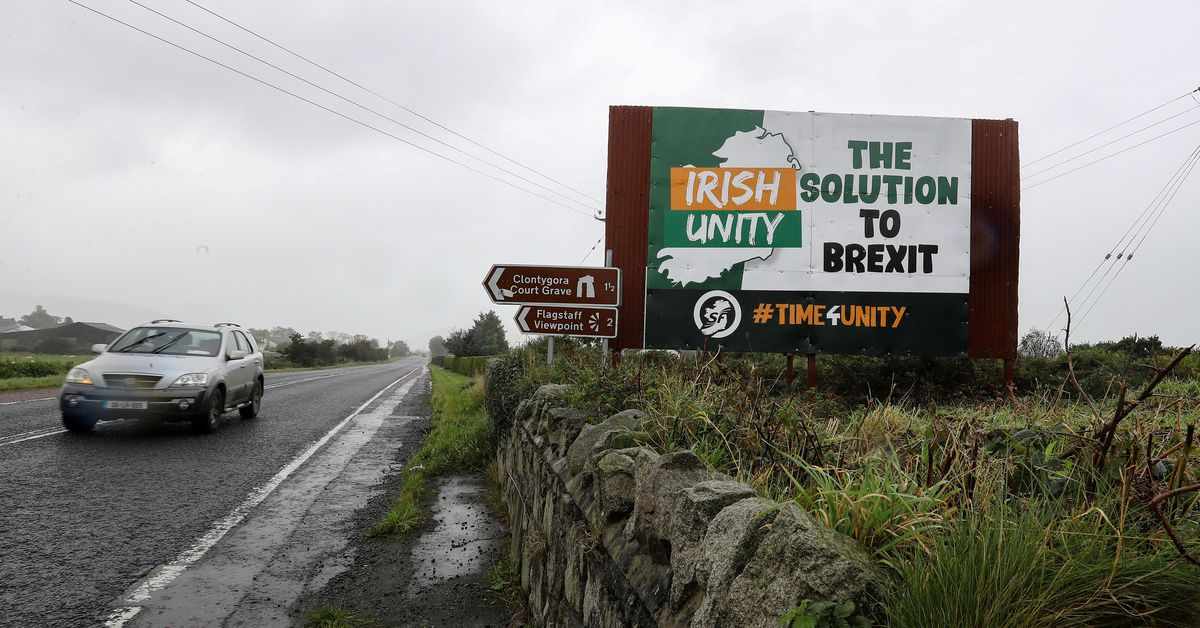 LONDON, July 21 (Reuters) – Britain demanded on Wednesday that the European Union agree to rewrite a deal overseeing problematic post-Brexit trade involving Northern Ireland just a year after it was agreed with the bloc, a call immediately rejected by Brussels.

The Northern Ireland protocol was part of the Brexit settlement, backed by Prime Minister Boris Johnson, that finally sealed Britain’s divorce from the EU four years after voters backed leaving in a referendum.

Businesses in Northern Ireland say it is damaging trade, and some pro-British groups have protested at what they say is a weakening of ties with Britain, raising concerns about a return to the violence which plagued the province for three decades.

“We cannot go on as we are,” Brexit minister David Frost told parliament on Wednesday.