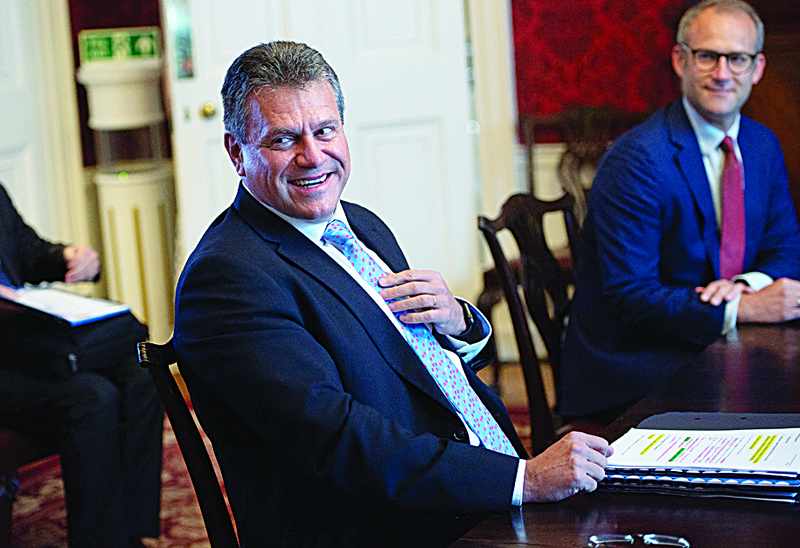 LONDON: The European Union yesterday warned the UK against taking further unilateral action on post-Brexit trade arrangements in Northern Ireland, promising tough measures if it does so. Visiting European Commission vice-president Maros Sefcovic said after talks with his UK counterpart David Frost that the bloc would act “swiftly, firmly and resolutely” if London broke its promise.

Meanwhile, Britain urged “flexibility” from Brussels over trading arrangements in Northern Ireland blamed for sparking violence. The EU on Tuesday warned the United Kingdom against further unilateral actions that override the so-called protocol of the divorce agreement covering the province, having already accused London of illegally breaking it.

But the key focus of the Partnership Council and Withdrawal Agreement Joint Committee, which supervises the operation of the divorce deal at a political level, was Northern Ireland.

“I hope this will be a productive forum where we can address shared...read more...

It’s Cool To Be Sustainable: How Next-Gen Refrigerants Will Power The Economy And Protect The Environment