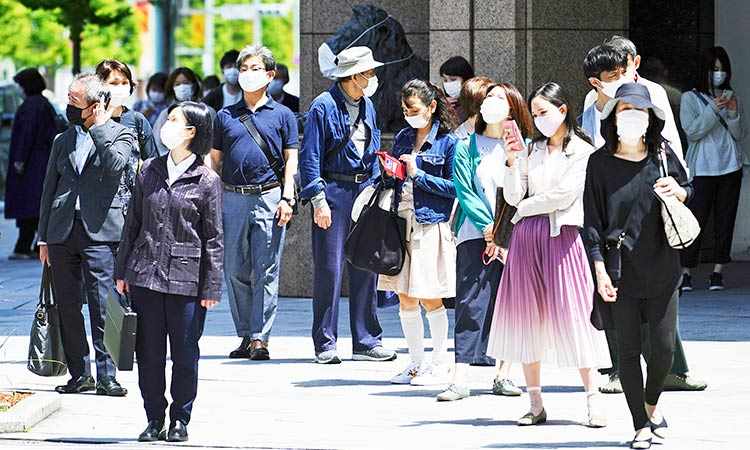 People wait for a crosswalk at the beginning of Japan’s ‘Golden Week’ holidays on Friday at the Ginza shopping district in Tokyo. Associated Press

Europe’s economy shrank 0.6% in the first three months of the year as slow vaccine rollouts and extended lockdowns delayed a hoped-for recovery – and underlined how the region is lagging other major economies in rebounding from the coronavirus pandemic.

The fall in output for the 19 countries that use the euro currency was smaller than the 1% contraction expected by economists but still far short of the rebound underway in the United States and China, two other pillars of the global economy.

Figures announced on Thursday showed the US economy grew 1.6% during the first quarter, with business supported by strong consumer demand. On an annualized basis, the US grew 6.4%.

In Europe, it was the second straight quarter of

Green future: how will Europe power its low-carbon economy?

Is a regenerative economy the cure for Europe’s wilting forests?