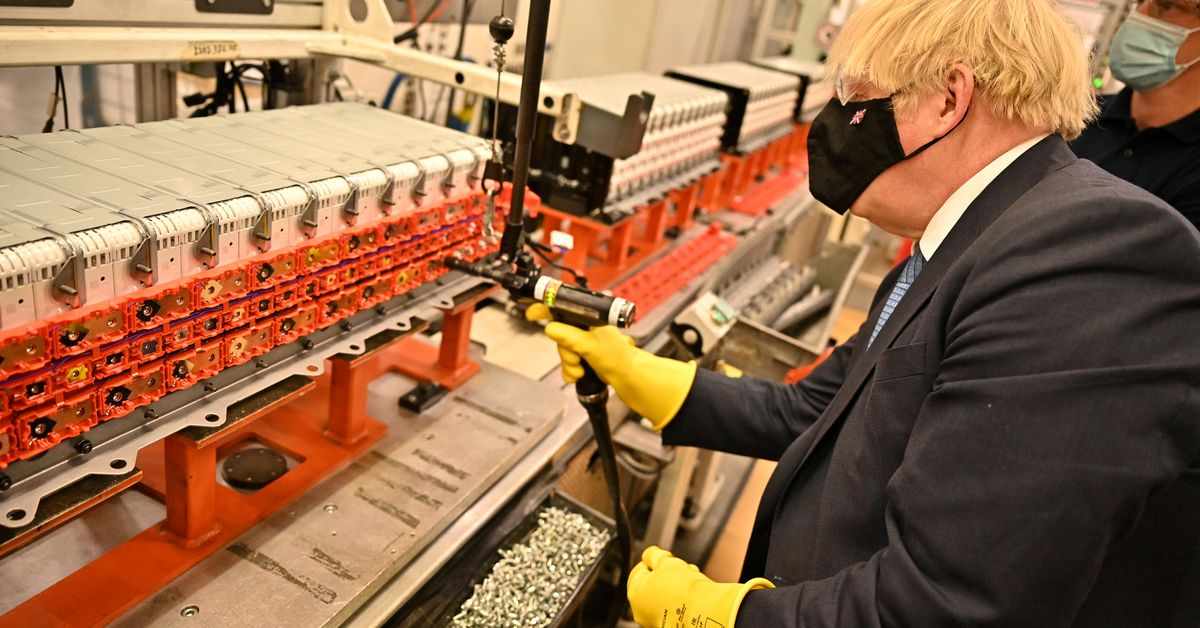 Britain needs new battery plants as EU races aheadStakes high as UK seeks to keep access to EU marketEU content rules for UK cars toughen up from 2027Industry experts say Britain lacks joined-up strategyLONDON, July 20 (Reuters) - Britain has set a fast pace in the electric vehicle race with its 2030 ban on sales of new fossil fuel-powered cars and has offered 1 billion pounds ($1.4 billion) to jump start its battery industry and associated supply chain.But the cash and the headline-grabbing deadline - which is sooner than many other nations by several years - still leaves it trailing the European Union's drive to create a supply chain and far behind China, the electric vehicle (EV) battery leader.The stakes are high for Brexit Britain. To keep selling into the 27-nation EU without tariffs, Britain's car industry, which employs 170,000 people, must ensure electric vehicles and the batteries that power them meet stringent rules of origin - with up to 70% of input in value terms coming from Britain or inside the EU.With its 2030 deadline looming followed by its 2035 cut off for hybrids, Britain needs more battery factories - and fast.Yet, even Nissan's (7201.T) plans for a 9