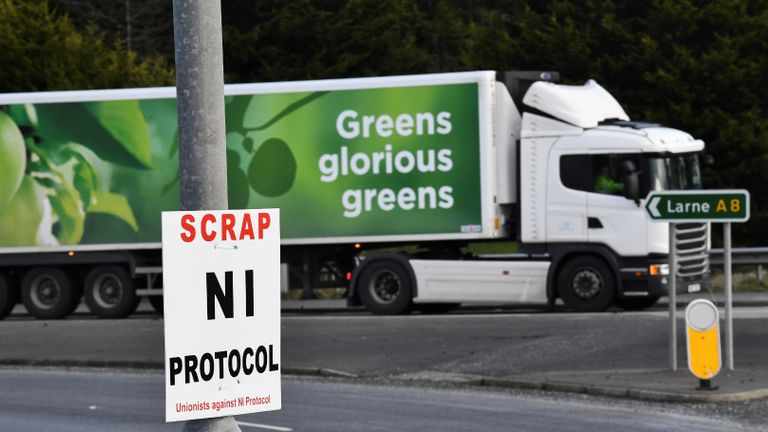 Brexit minister Lord Frost has said the UK and the EU “cannot go on as we are” with the current Northern Ireland Protocol arrangements, but that “now is not the time” to invoke Article 16.

Lord Frost told peers that the protocol arrangements need “significant change” and that proposals from the government will bring a “new balance” to the mechanism.

It comes as the UK government looks to overhaul post-Brexit trading arrangements between Great Britain and Northern Ireland to ensure the smooth moving of goods.

Lord Frost admitted that the burdens imposed by the Northern Ireland Protocol “have been a source of considerable and ongoing disruption to lives and livelihoods”.

“We have seen reductions in supermarket product lines, we have seen 200 suppliers decide they would no longer sell to Northern Ireland,” he said.

“We have seen difficulties not just on the famous chilled meats