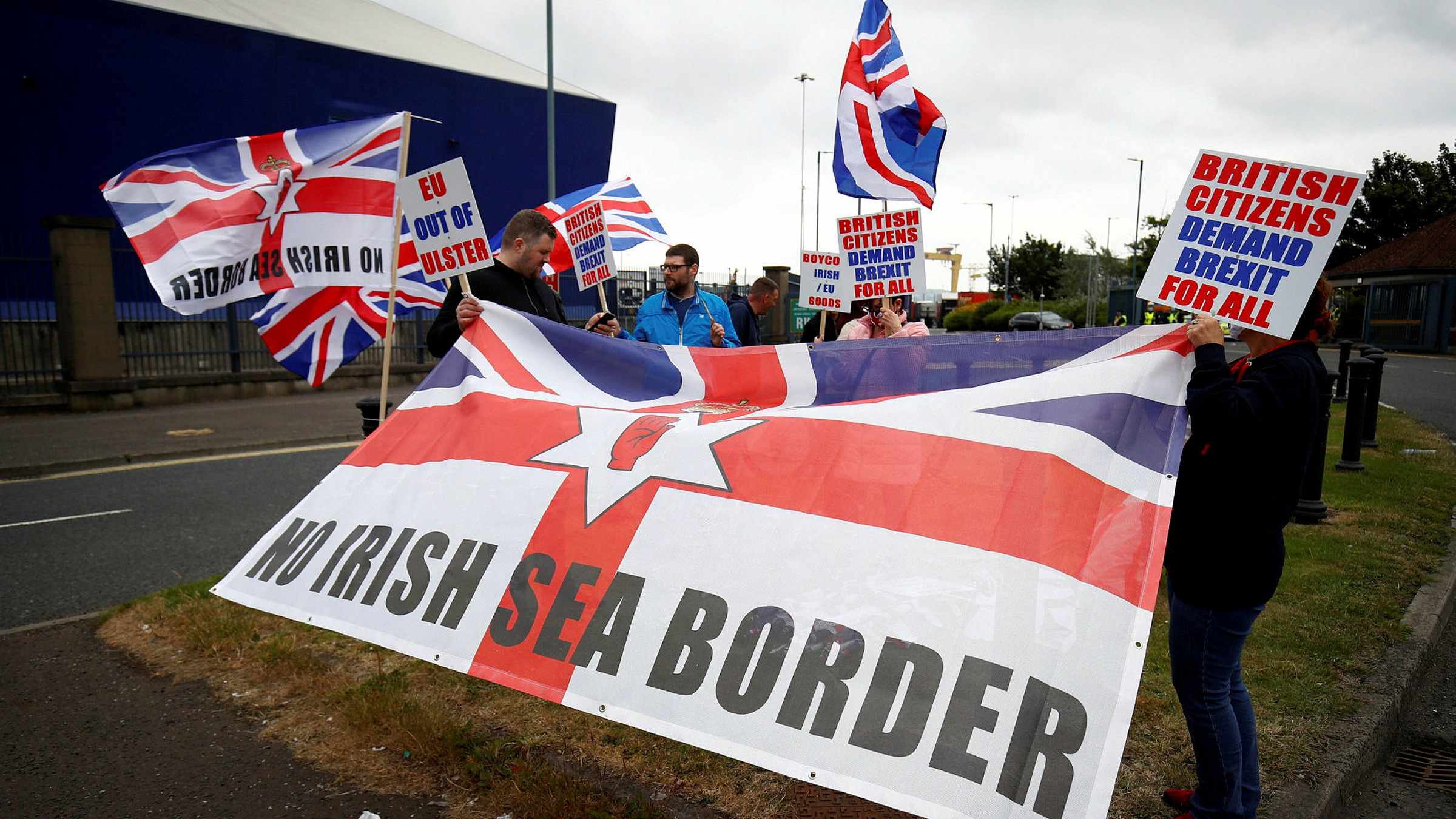 The British government’s new approach to the Northern Ireland Protocol, outlined in a command paper published on Wednesday, represents a root-and-branch rewriting of the Brexit deal UK prime minister Boris Johnson agreed with the EU in October 2019.

To avoid a hard border on the island of Ireland, the deal created a trade border in the Irish Sea because it required all goods travelling from Great Britain to Northern Ireland to follow stringent EU rules, both for customs and checks on animal and plant-based products.

The paper makes five bold proposals — which the EU has already signalledit is unlikely to accept — to reduce radically the number of checks at the border and reclaim elements of UK sovereignty that were ceded to the EU in the original deal.

The proposals, which draw on already-rejected solutions from four years of EU-UK negotiations over how to solve the Northern Ireland Brexit conundrum, require high degrees of trust between the UK and the EU in...read more...