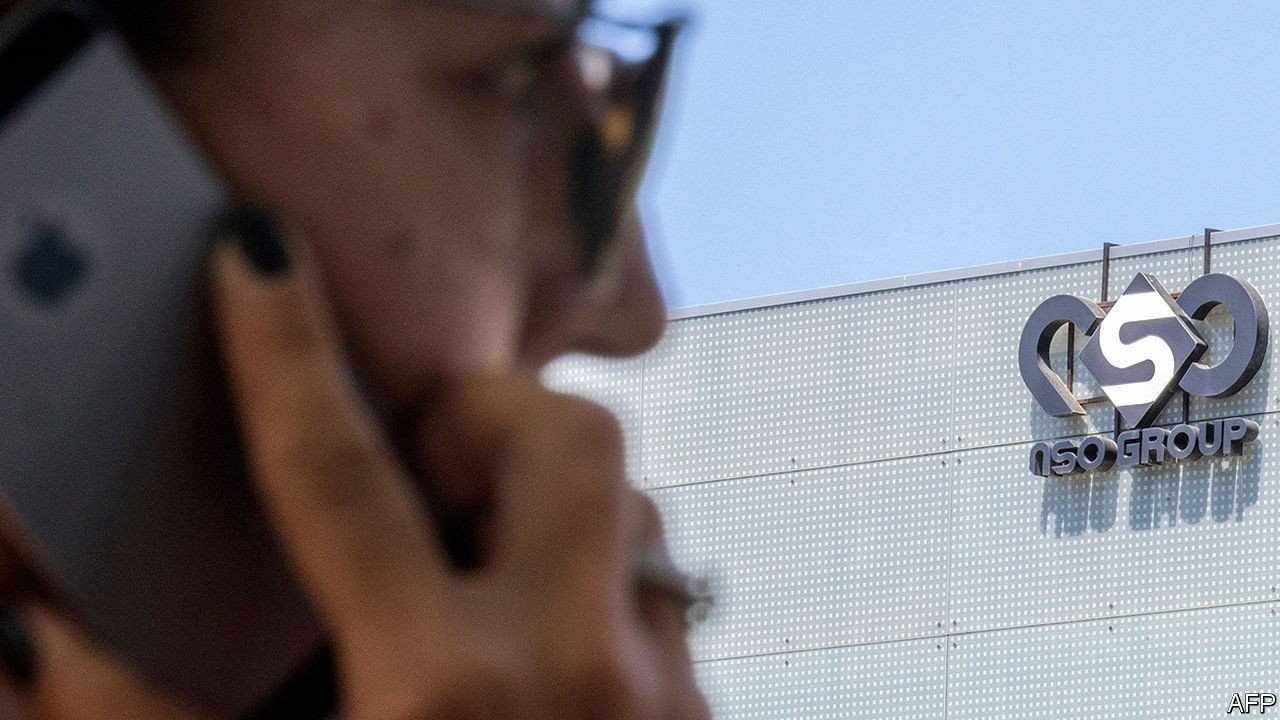 A report by a group of investigative journalists and Amnesty International claimed that the phone numbers of human-rights activists, journalists and politicians were on a list of 50,000 potential targets of unscrupulous governments for hacking using Pegasus software, which is made by NSO, an Israeli spyware firm. Emmanuel Macron, Cyril Ramaphosa and Imran Khan, the leaders of France, South Africa and Pakistan, were reportedly on the list, along with the wife of Jamal Khashoggi, a journalist murdered by agents of the Saudi regime. NSO said the report was based on a misleading interpretation of the data, and that it sold its software only to law-enforcement agencies of “vetted governments” for the prevention of crime and terror acts.

The diplomatic gloves are off

The Biden administration accused the Chinese government of being directly behind the cyber-attack on Microsoft’s email system in March, which compromised the communications networks of companies around the world.