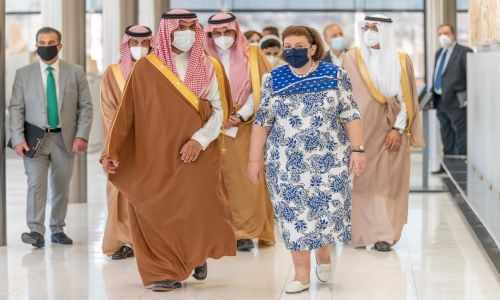 A new cultural partnership is now underway between Saudi Arabia and Greece following a meeting between the two culture ministers, HH Prince Badr bin Abdullah bin Farhan Al Saud and Lina Mendoni. The discussion concluded with an agreement to sign a Memorandum of Cooperation in Riyadh in 2021, which will uplift the existing trade relationship - of nearly $1 billion - to include the exchange of cultural goods, services and skills. As the world looks to recover from the Covid-19 pandemic, there was joint recognition to support hard-hit sectors across the cultural ecosystem to ensure a return to growth for the US$2.25 trillion global creative industry. Cooperation will establish â€˜Cultural Weeksâ€™ in both countries, which could bring about co-organized events such as heritage and art exhibitions and festivals. Joint archaeological projects were also discussed as a key area of collaboration, and it was noted that a historical relationship has existed between the countries for over 2,000 years.