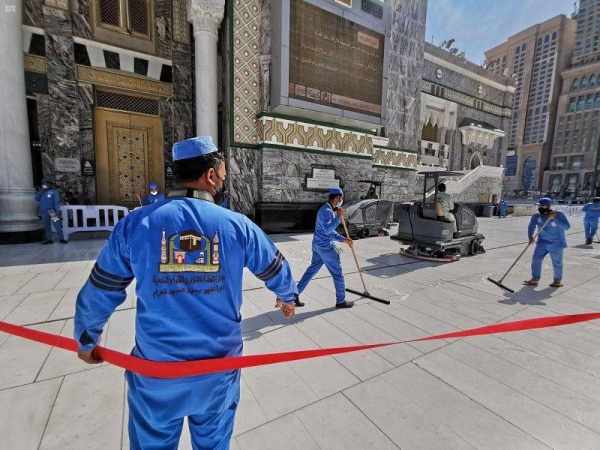 Saudi Gazette report MAKKAH "” The Royal Commission for Makkah City and Holy Sites represented by "Kadana" Development Company has launched the "Green Holy Sites" initiative with the aim of treating 260 tons of organic and solid waste in the holy sites. The "Green Holy Sites" initiative is in line with the ambitious national initiative "Green Saudi" that focuses on improving the quality of life and protecting future generations by increasing reliance on clean and renewable energy, and achieving sustainability and prosperity in the Kingdom and abroad by reducing carbon emissions by more than 4 percent of global contributions and raising the percentage of waste diversion from landfills to 94 percent. The "Green Holy Sites" initiative includes a number of programs, and the most important among them are the "Ihram" initiative, which aims to recycle tons of discarded Ihram garments into new products, saving up to 45 percent of the cost of import and the "Tadweer," which is based on sorting and collecting plastic cans and converting them into the recycled fabric that is used to make new products. The third initiative consists of sorting, collecting and treating organic waste and converting it into a natural fertilizer that enhances soil