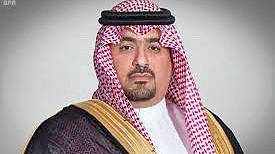 Mr Al Ibrahim was the deputy minister of economy and planning prior to his appointment, according to the royal decree carried by state news agency.

He held several senior positions at the Saudi Arabian Oil Company (Aramco) and was an advisor at the Ministry of Economy and Planning and Finance Committee Secretariat at the Royal Court.