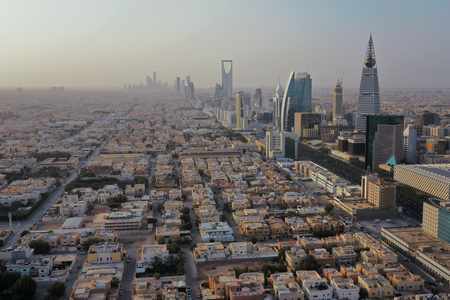 DUBAI – Saudi Arabia reduced its budget deficit to 7.4 billion riyals ($1.97 billion) in the first quarter of the year, the finance ministry said on Tuesday, as the government reaps the benefits of consolidation measures introduced last year.

The kingdom, the Arab world’s largest economy and the world’s top oil exporter, cashed in 117 billion riyals in oil revenue in the first quarter – 9% below the first three months of 2020.

Total revenue however rose 7% annually, with a 75% increase in income from taxes boosting non-oil revenue by 39% year on year.

Saudi Arabia last year introduced measures such as a tripling of a value-added tax and removal of a cost of living allowance to replenish state coffers depleted by the coronavirus crisis and lower global demand for crude.

These steps helped it to contain a budget deficit which ballooned to over 11% of gross domestic product last year, according to International Monetary Fund estimates.