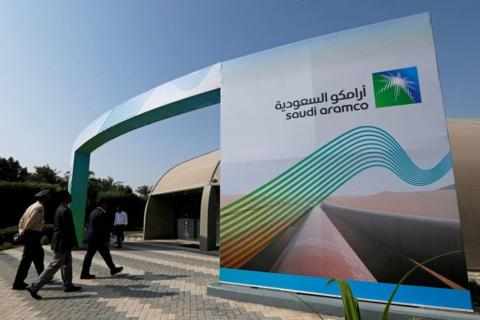 The logo of Aramco is seen as security personnel walk before the start of a press conference by Aramco at the Plaza Conference Center in Dhahran, Saudi Arabia November 3, 2019. (Reuters)

Saudi Arabian oil giant Aramco locked in another $6 billion on Wednesday to help fund a large dividend as it returned to the international debt markets with its first US dollar-denominated sukuk sale, a document showed.

Initial price guidance was around 105 bps over UST for the three-year bonds,...read more...