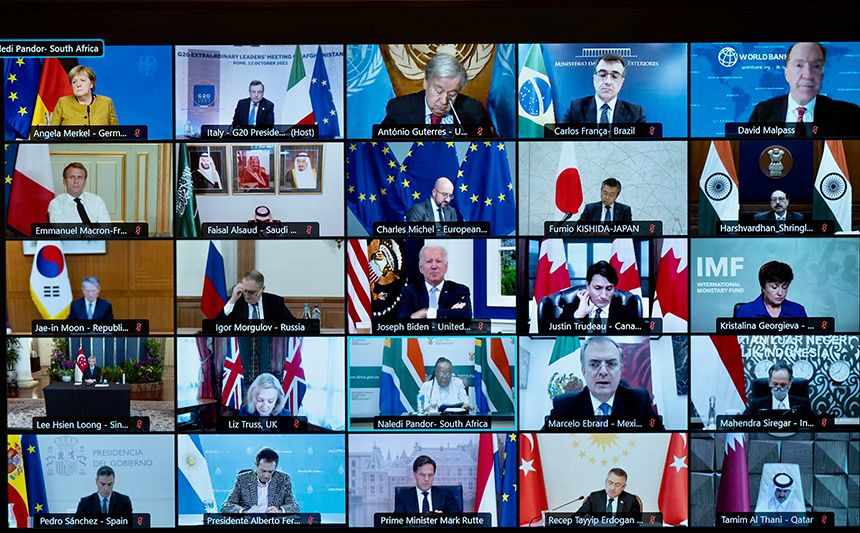 The Group of 20 major economies is determined to tackle the humanitarian crisis in Afghanistan, even if it means having to coordinate effort with the Taliban, Italian Prime Minister Mario Draghi said on Tuesday after hosting an emergency summit. Since the Taliban took over Afghanistan on Aug. 15, the country - already struggling with drought and severe poverty following decades of war - has seen its economy all but collapse, raising the spectre of an exodus of refugees. "There has basically been a convergence of views on the need to address the humanitarian emergency," Draghi told reporters at the end of a video conference. US President Joe Biden, Indian Prime Minister Narendra Modi and many European leaders took part, but Chinese President Xi Jinping and Russian President Vladimir Putin did not dial in, suggesting differing international positions on the emergency. Draghi said the absence of the latter two leaders did not undercut the importance of the meeting organised by Italy, the current G20 chair. "This was the first multilateral response to the Afghan crisis ... multilateralism is coming back, with difficulty, but it is coming back," Draghi said. There was unanimous agreement among the participants about the need to alleviate…