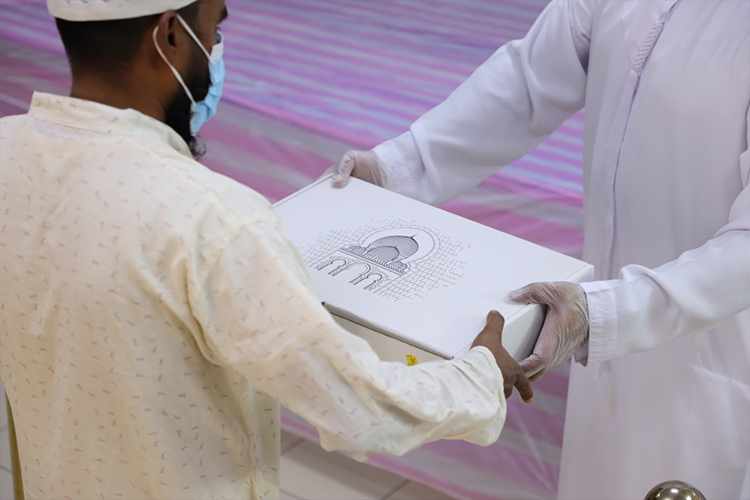 The initiative highlights the spirit of giving without discriminating against anyone.

As part of the Sheikh Zayed Grand Mosque Centre’s mission to honour the memory of the Founding Father, and to reflect its pioneering approach of humanitarian action, the Centre collaborated with the Armed Forces Officers Club & Hotel, the strategic partner of the Centre, on the initiative to distribute 15,000 Iftar meals per day during the holy month of Ramadan, for companies’ staff in labour sites located in different parts of Abu Dhabi.

This initiative translates the Centre’s commitment to social responsibility, represented in embodying the concepts of giving that Zayed instilled in the UAE society.

Iftar meals are prepared following the highest standards of food health and safety, in cooperation with the Armed Forces Officers Club & Hotel, which is a key supporter of this project, and distributed in direct coordination