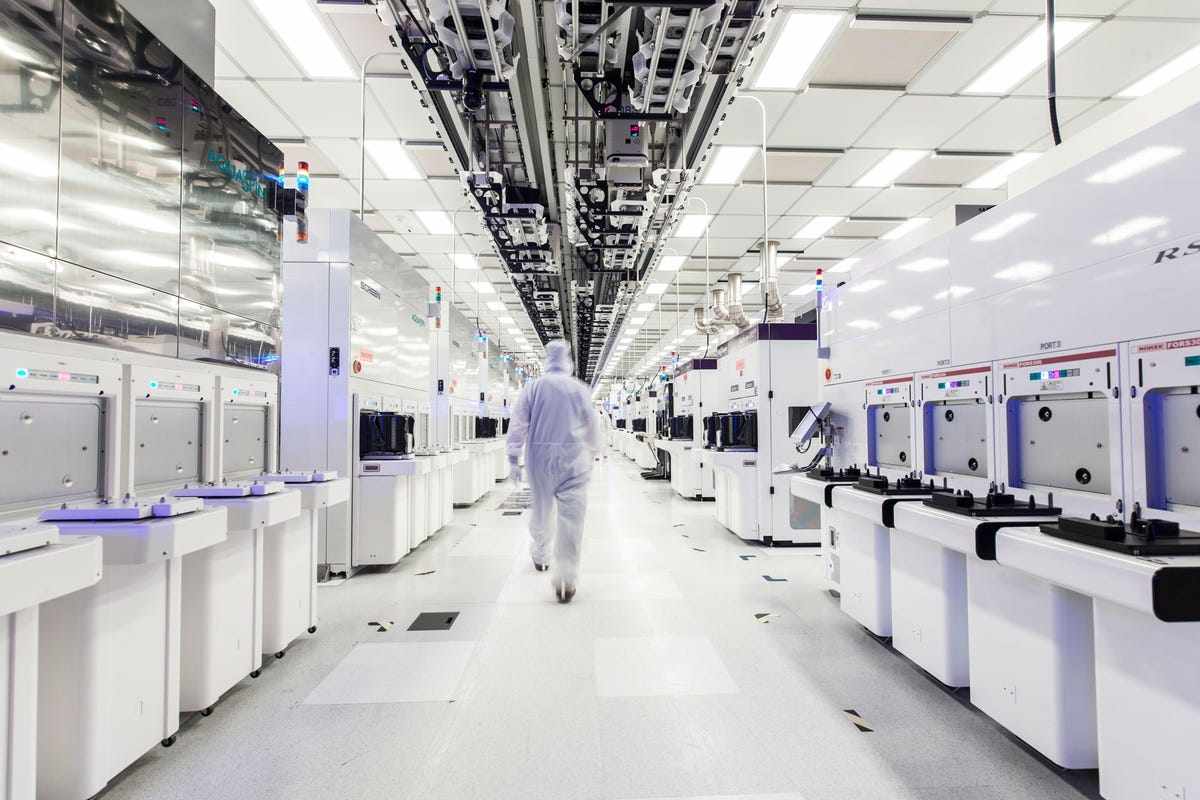 Inside the cleanroom at GlobalFoundries Fab 8, Malta, NY GlobalFoundries GlobalFoundries (GF) hosted U.S. Senate Majority Leader Charles Schumer and Commerce Secretary Gina Raimondo in Malta, NY for a major capacity expansion announcement yesterday. The company’s Fab 8 in Malta currently is the lead factory for producing its most advanced CMOS logic chips. CEO Tom Caulfield announced a $1 billion plan to increase capacity 43% within the current footprint, as well as build a second fab on adjacent land that would double their available cleanroom space, or “maybe a little bigger … roughly the space of a megafab,” in his words. Let’s do a little math and see what that tells us about semiconductor chip manufacturing. The capacity expansion GF has fabs spread around the world, as its name suggests, with facilities in Singapore, Dresden, Germany, Burlington, VT, and Malta. Malta produces 12 and 14 nm FinFET devices on 300 mm wafers (12 inches in diameter), with each wafer holding anywhere from a few hundred large chips like microprocessors to thousands of smaller chips. Fab 8’s current capacity is 350,000 wafer starts a year, and to get to that output rate the company