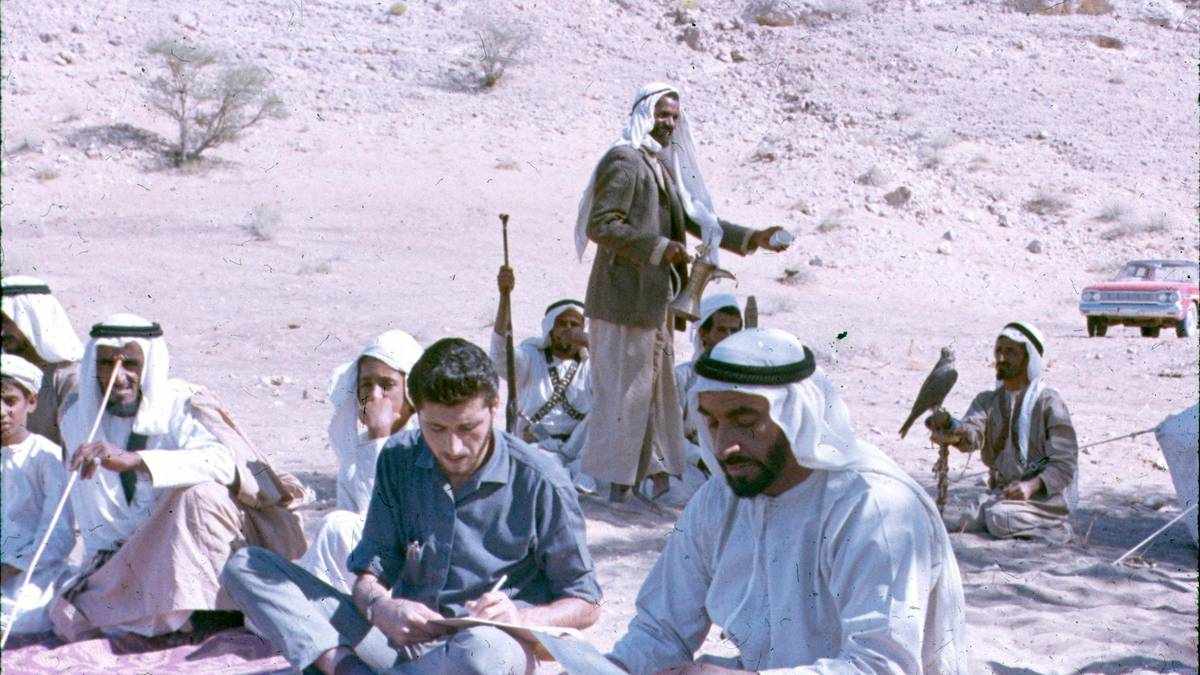 When John Barrett Kelly arrived in Abu Dhabi in 1957, few could imagine what lay ahead. The emirate struck oil within a year and ten years later Britain announced it was leaving the Gulf.

Kelly was an expert on the frontiers of the Arabian Peninsula and Sheikh Zayed, then the Ruler of Abu Dhabi, hired him to help map the boundaries of the emirate and what would become the UAE.

Kelly amassed a unique collection of rare images, maps and letters during his time in the region.

He took photographs of fishing towns, forts and the Liwa oasis, while his private papers provide a