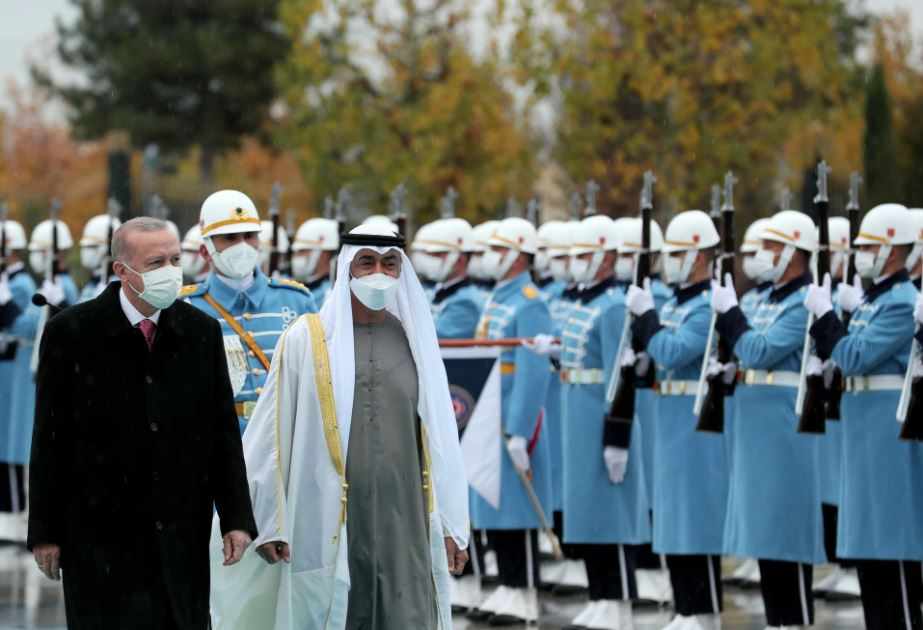 ANKARA: Turkey and the United Arab Emirates signed accords for billions of dollars of investments on Wednesday, including in technology and energy, after talks between President Tayyip Erdogan and Abu Dhabi Crown Prince Shaikh Mohammed bin Zayed al-Nahyan.

Shaikh Mohammed’s visit to Ankara, the first in years, comes as the two countries work to mend frayed ties and amid a currency crisis in Turkey.

The memorandums of understanding were signed between the Abu Dhabi Development Holding (ADQ), Turkish Wealth Fund (TVF), and the Turkish Presidency Investment Office, as well as with some Turkish companies.