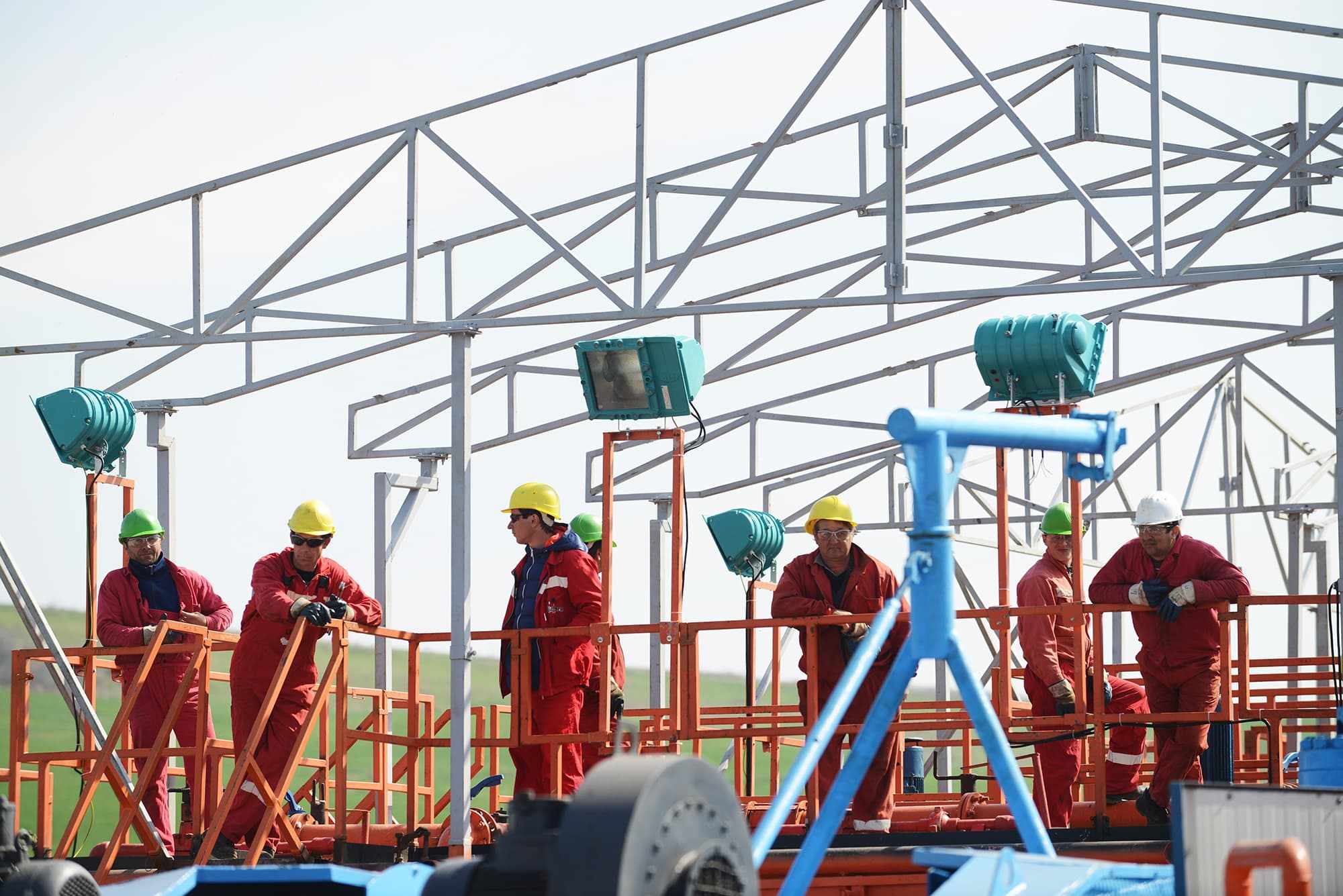 Employees during a press visit to the first shale gas exploring site started by Chevron in Pungesti, Romania, April 2014.

After a brutal year for the energy sector, Chevron reported a profit for the first quarter of 2021 as a recovery in oil prices boosted operations. The company’s results were still far below pre-pandemic levels.

The oil giant said it earned an adjusted 90 cents per share during the period, with revenue coming in at $32.03 billion. EPS was in-line with what analysts surveyed by Refinitiv were expecting, while revenue was slightly ahead of the expected $30.37 billion estimates.

He noted that results were down from a year ago due to factors including downstream margin and volume effects from the pandemic, as well as...read more...