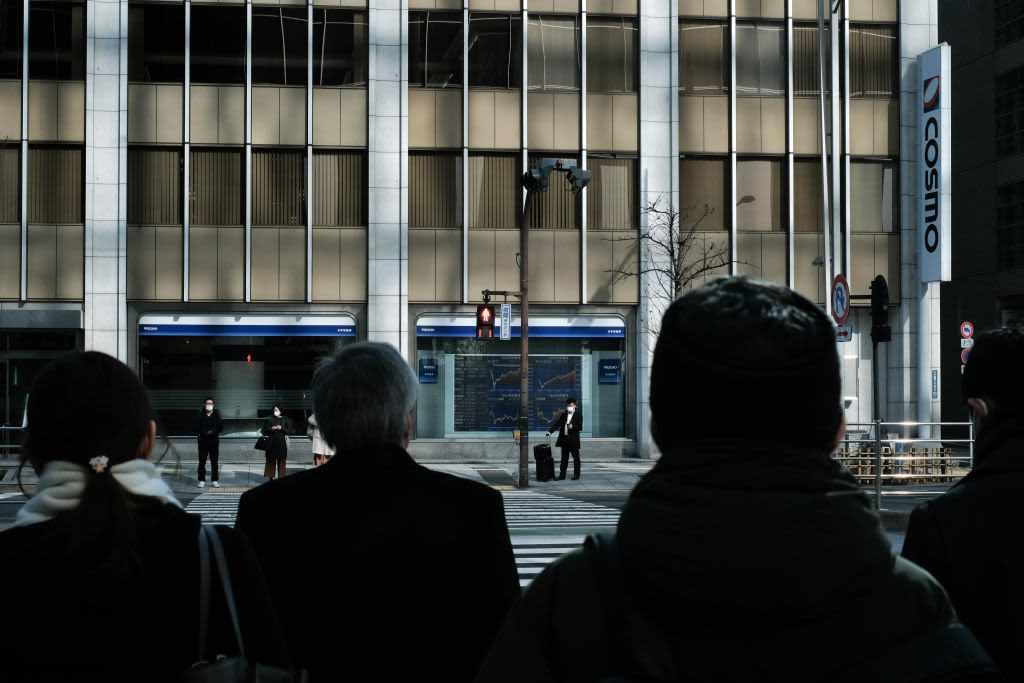 SINGAPORE â Shares in Asia-Pacific rose in Thursday morning trade as investors await the release of China's inflation data for September. The in Japan advanced 0.47% while the Topix index was little changed. South Korea's gained 0.71%. In Australia, the climbed 0.71%. MSCI's broadest index of Asia-Pacific shares outside Japan traded 0.35% higher. China's consumer price index and producer price index for September are set to be out at 9:30 a.m. HK/SIN on Thursday. Markets in Hong Kong are closed on Thursday for a holiday. Overnight stateside, the S&P 500 rose 0.3% to 4,363.80 and the Nasdaq Composite climbed 0.73% to around 14,571.64. The Dow Jones Industrial Average was little changed at 34,377.81. Currencies and oil The , which tracks the greenback against a basket of its peers, was at 94.01 after falling recently from above 94.4. The traded at 113.28 per dollar, weaker than levels below 112.5 seen against the greenback earlier this week. The changed hands at $0.7386, above levels below $0.735 seen yesterday. Oil prices were higher in the morning of Asia trading hours, with international benchmark up 0.44% to $83.55 per barrel. gained 0.46% to $80.81 per barrel.