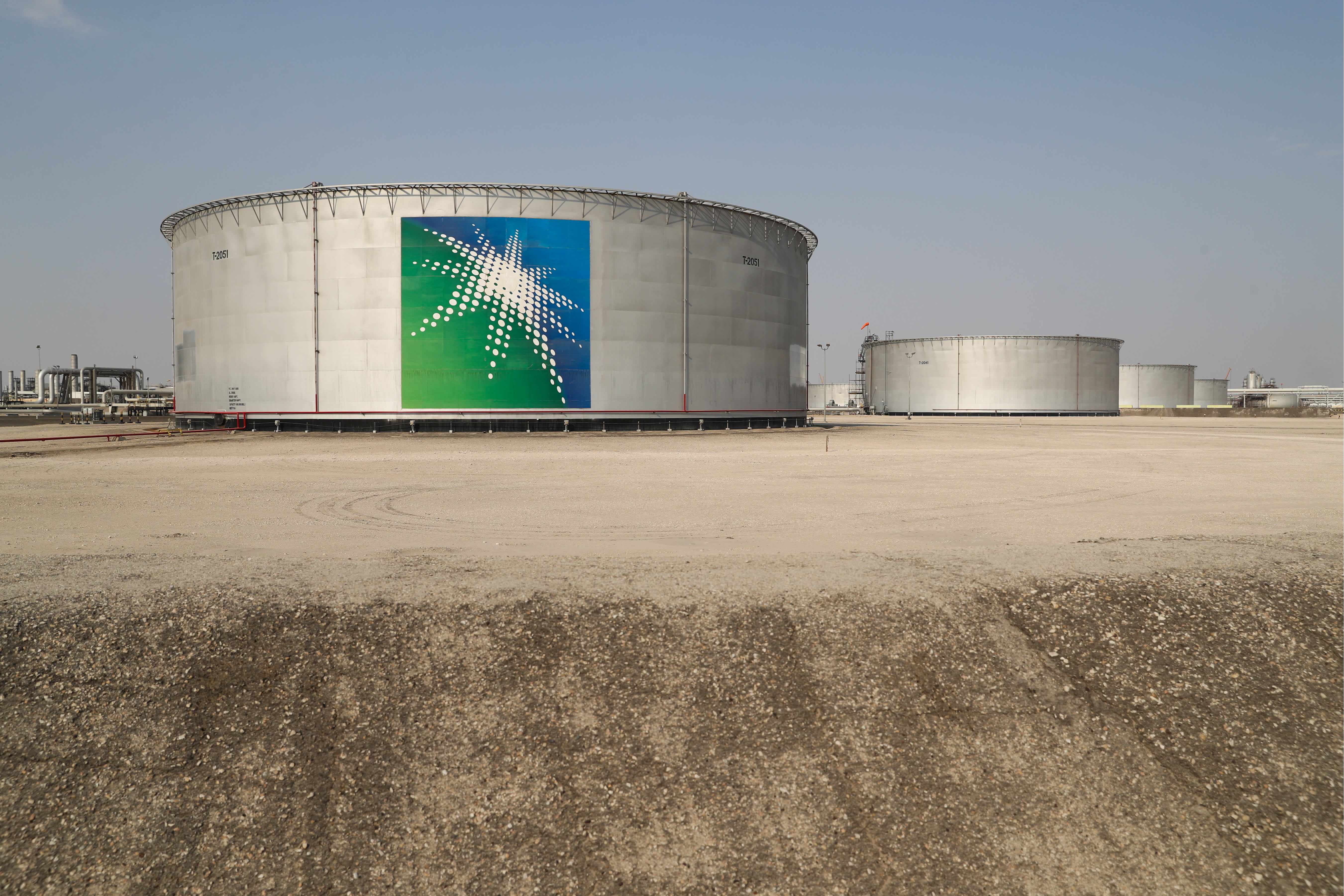 Oil tanks at an oil processing facility of Saudi Aramco, a Saudi Arabian state-owned oil and gas company, at the Abqaiq oil field.

Oil giant Saudi Aramco reported a 30% jump in net income Tuesday, in a sign of a continued recovery from the previous year’s oil market crash that saw full-year earnings for the state firm slashed in half. In a release published Tuesday, the company said net income rose to $21.7 billion in the first three months of the year. The figure nears the firm’s net income level in the first quarter of 2019, which was $22.2 billion.

Saudi Arabia’s behemoth oil producer also maintained its dividend, with $18.8 billion due to be paid out in the second quarter.

The earnings reflect a dramatically improved climate for oil markets since the first quarter of last year, when Aramco reported a 25% fall in net income for the period as it grappled with the initial fallout of the coronavirus pandemic and...read more...