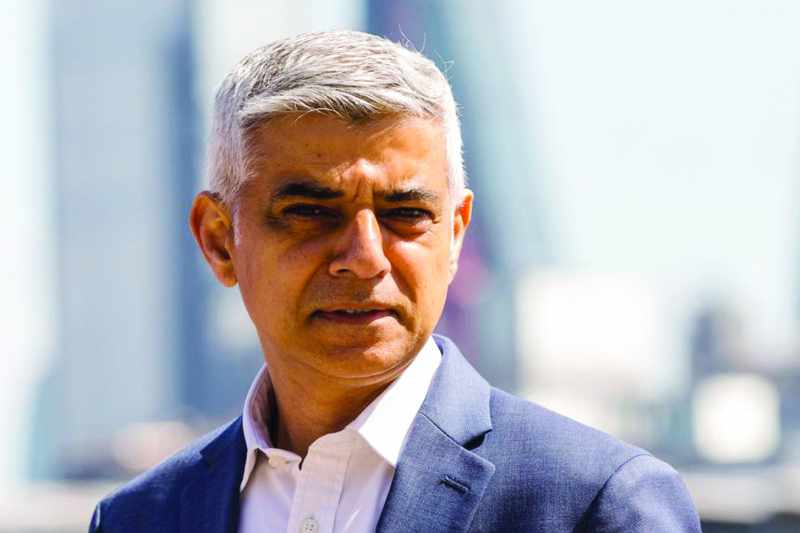 LONDON: London Mayor Sadiq Khan, running for re-election tomorrow, has risen from humble roots to spar with prime ministers and presidents since taking charge of the British capital five years ago. The 50-year-old politician from the main opposition Labour party, a former human rights lawyer brought up on a London public housing complex, is firm favorite to be returned to City Hall for a second stint. It will continue a remarkable journey for the Pakistani immigrant bus driver’s son, who was the first Muslim mayor of a Western capital when initially elected in 2016.

He has made a name for himself as a vocal critic of Brexit and successive Conservative prime ministers, including his mayoral predecessor Boris Johnson, as well as for a feud with former US president Donald Trump.

The pair became embroiled in an extraordinary war of words, after Khan criticized Trump’s controversial travel ban on people from certain Muslim countries.

The mayor allowed an infamous blimp of the president...read more...