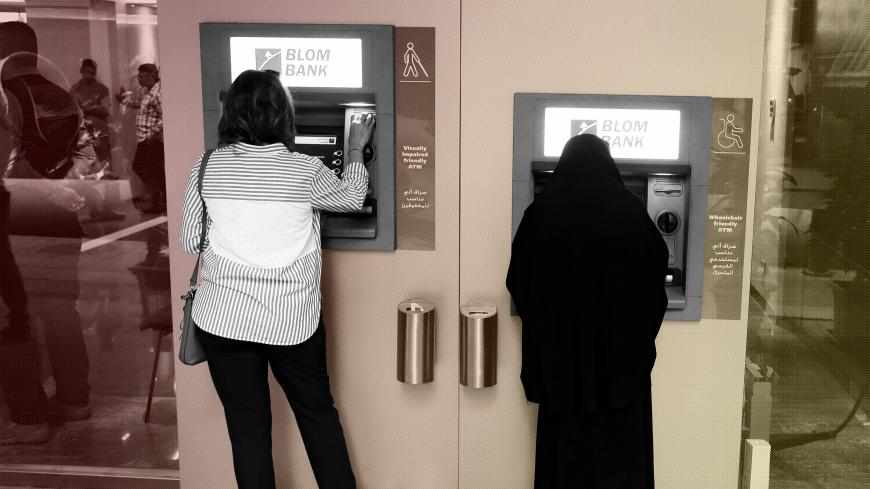 By TALA JARJOUR File photo of an ATM machine in Beirut Lebanon- Syrians have used Lebanese banks to save, move and invest capital. This was the case even during the Lebanese war years, and especially during the last decade or so of war in Syria. The collapse of the Lebanese economy is closely tied to the Financial crisis in Syria. While the Lebanese pound lost over 90 % of its value The Syrian pound has lost 98.5 % of its value . Rightly, although for all the wrong reasons, Lebanon has been a frequent fixture in global news bulletins at least since the major explosion that devastated its capital, Beirut, almost a year ago. Most pressing has been an economic crisis that is unprecedented in the history of the modern state. A major failing of the country’s banking sector, which experts have described as a Ponzi scheme, and the resultant lack of foreign currencies have precipitated the much-discussed economic crisis and its many repercussions. One consequence, however, is rarely discussed: The fact that Lebanon’s neighbor, Syria, which continues to reel from the effects