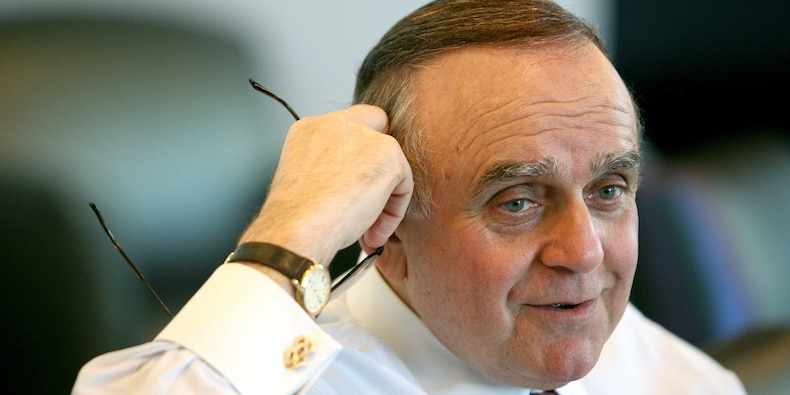 Leon Cooperman ruled out an imminent market crash, warned that stimulus efforts are ballooning the national debt to dangerous levels, and emphasized the appeal of "big tech" stocks in a this week. The billionaire investor, who converted his Omega Advisors hedge fund into a family office in 2018, also dismissed government bonds as virtually worthless and some meme stocks as ridiculously overvalued. 1. "The conditions for a bear market are just not present. Bear markets don't materialize out of immaculate conception." - . 2. "Inflation becomes a problem when the central bank begins to fight inflation, because fighting inflation is tantamount to curbing growth." 3. "We've already injected into the economy $1 trillion of stimulus in excess of wages lost. The central bank and the fiscal authorities are focused exclusively on employment, they're not worried about the debt creation. I worry about it because debt's growing too rapidly, it's not sustainable. We are heading for a fiscal crisis one of these days. " 4. "The most dangerous instrument today is buying a long-term US government bond. Basically you're getting your capital confiscated. I could buy a lot of stocks that have a much better valuation profile than the US government