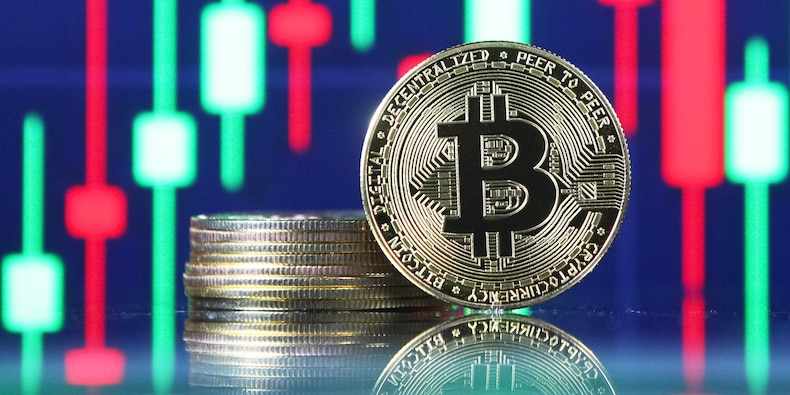 The premium tied to futures contracts has doubled this month as investors anticipate the SEC's potential approval of over the next two weeks. The SEC is set to either approve, deny, or delay bitcoin ETF proposals from ProShares, Valkyrie Investments, Invesco, and VanEck, which were all submitted to the regulatory agency in August. While still wary of a pure bitcoin ETF due to concerns for potential fraud, SEC Chairman Gary Gensler for a bitcoin ETF that buys underlying futures contracts on the cryptocurrency rather than directly buying bitcoin itself. Since Gensler has made clear his thoughts on the possibility of bitcoin futures-based ETF, several issuers have submitted new ETF applications that would utilize that same approach, With approval of a bitcoin futures ETF looking more likely than ever, the annualized premium of CME bitcoin futures prices over bitcoin's spot value was 15%, compared to an average of 7.7% over the first nine months of the year, Given that there could very soon be a surge in demand for bitcoin futures contracts due to the onslaught of new ETFs, the Chicago Mercantile Exchange is planning to raise the limit on the number of bitcoin futures contacts a single firm can hold.