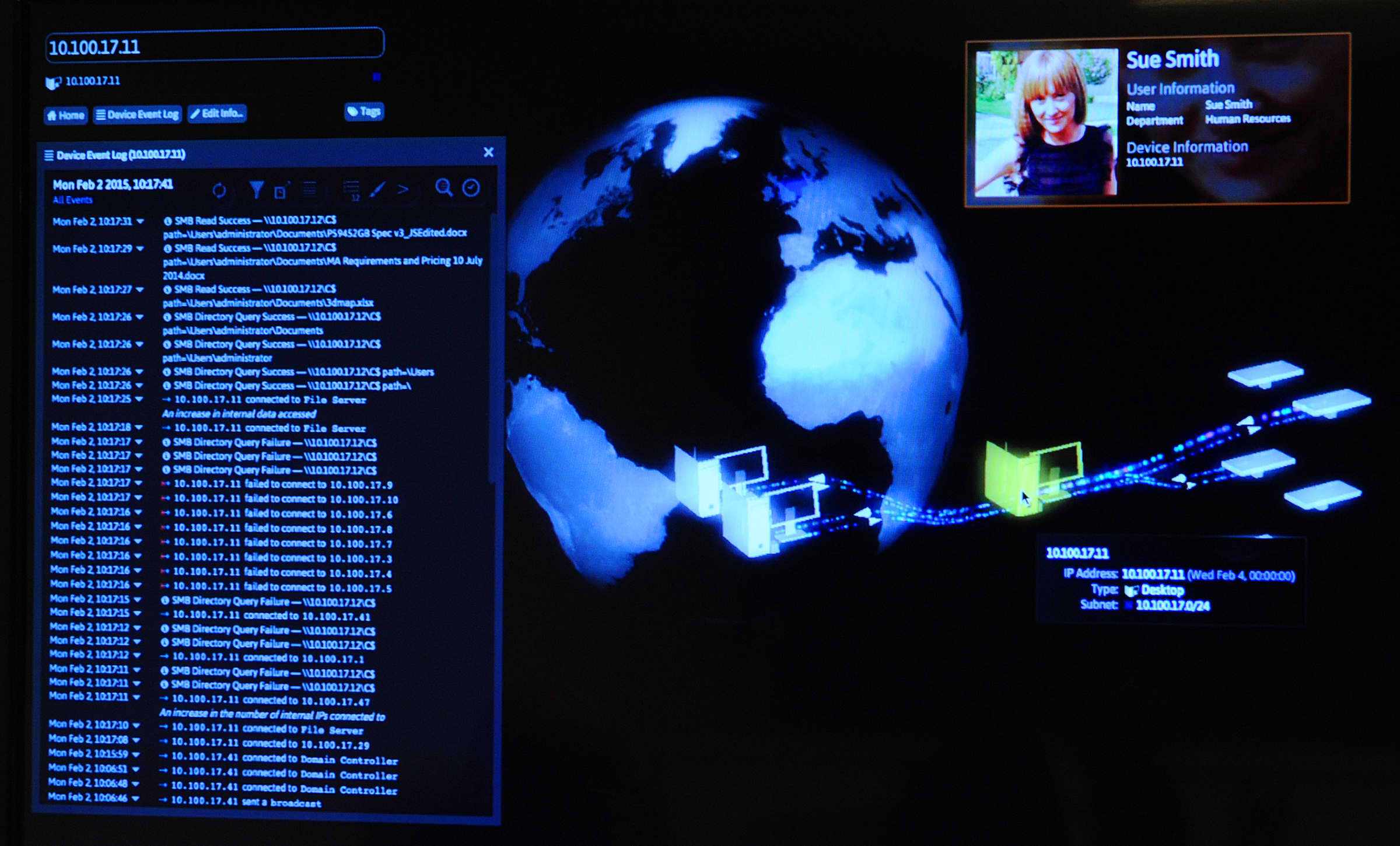 A Darktrace cybersecurity software demonstration shows how a global problem can start with just one employee’s work station.

LONDON — British cybersecurity start-up Darktrace saw its shares surge as much as 43% in its highly-anticipated London debut Friday.

The company priced its shares at 250p Friday morning. At that price, Darktrace was valued at £1.7 billion ($2.4 billion), the company said.

Darktrace said its offering would comprise around 66 million shares — or about 9.6% of Darktrace’s issued share capital — and raise a total of £165.1 million.

The company has said a further 9.9 million shares will be sold if demand proves higher than expected.