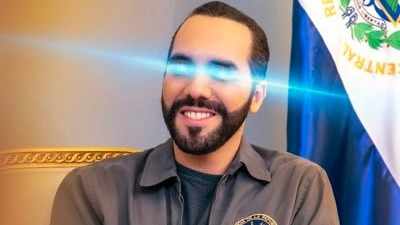 Today marked a big day in the bitcoin revolution. Or, in this case, revolución.

Early on Wednesday, almost three quarters of El Salvador’s lawmakers voted to pass the much heralded Bitcoin Law. The draft of which we’ve taken the courtesy of uploading for you here.

It follows President Nayib Bukele’s appearance at last weekend’s bitcoin conference in Miami, during which he promised to make the king crypto legal tender.

So is the bill a great victory for the hodlers? Well, here is the reasoning for why the country has decided to adopt it as a means of payment:

Now you might be asking yourself, after reading point 1, why El Salvador thinks that allowing a speculative asset to be used as legal tender would “increase national wealth for the benefit of the greatest number of inhabitants” and, well, we’re not quite sure.