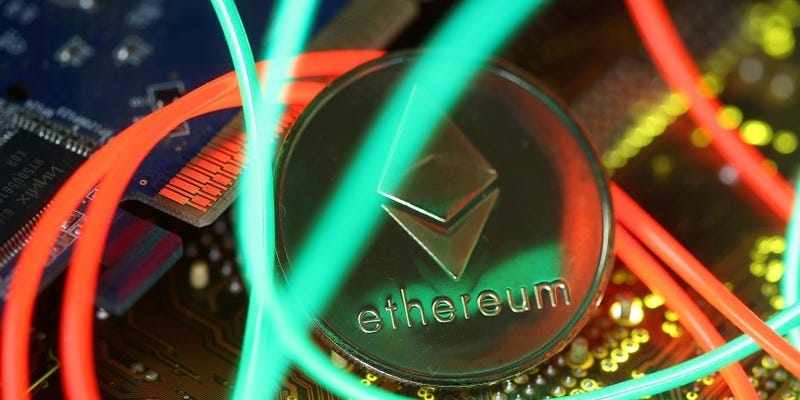 Ether jumped to a record high of close to $3,500 on Tuesday as interest in the world’s second-biggest cryptocurrency continued to grow, while bitcoin struggled.

Analysts at the Kraken exchange said there was a lot of momentum behind ether and that technical chart analysis suggested the cryptocurrency could rise to around $5,200 before facing another serious level of resistance.

The native currency of the Ethereum blockchain network has been on a hot streak in recent weeks while bitcoin – the world’s biggest cryptocurrency – has stumbled.

Many investors are increasingly keen on ether and the Ethereum network because applications such as non-fungible tokens, or NFTs, can be built upon it. Ethereum is also central to decentralized finance or...read more...